On September 8th-9th we are thrilled to be taking part in Bradford Bubble Up, a huge party celebrating the hidden currents running through our city – not only our secret waterways, but also our creativity and spirit.

We need your ideas and help over the weekend!

From 1-5pm on Saturday and Sunday, BCB is hosting a live broadcast, with a live audience in City Park around the themes of Bradford, water and creativity – such as the history of the Bradford Beck, the stories of the Windrush generation, songs and poems about water. It’s an exciting opportunity to be really creative with the idea and be involved with other arts organisations in Bradford.

So if you can be part of the RadiH2O team over the weekend, please email jonathan.pinfield@bcbradio.co.uk

BCB has been selected to be one of three UK Community Radio stations taking part in a pilot project called Transmit, Transform. This is a partnership with the Community Media Association and Internews, funded by Joseph Rowntree Charitable Trust.

The project is focusing on the important role of community journalism in these times of declining sources of reliable information and the rise of ‘fake news’. The project will be launched at the CMA conference in mid-September and there’ll be opportunities for BCB people to take part in a series of training workshops at BCB over the Autumn. 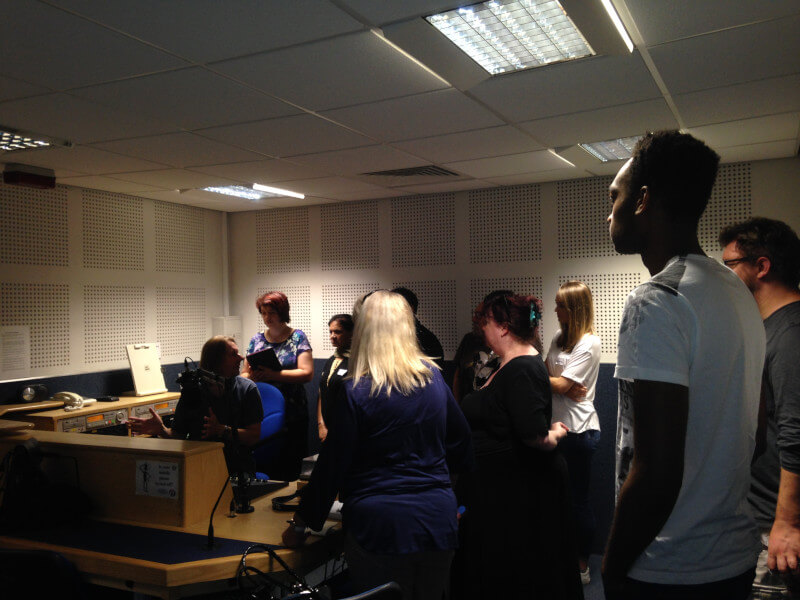 This month, BCB will be starting a fresh series of radio training sessions, providing potential volunteers with broadcasting and editing skills.

The sessions will begin on Monday 24th September and last for six weeks.

The next new volunteers session is on Tuesday 4th September (12-1pm) and is a chance for anyone who is interested in getting involved with BCB to find out the opportunities available.

If you know anyone who is interested, they can phone us on 01274 771 677 or email joseph.emmett@bcbradio.co.uk

On Thursday 16th August, Bradford’s City Park played host to the Make Your Mela Day – a colourful Asian-inspired family event featuring a range of art and activities from cultures across the continent – and BCB was at the heart of the action.

On the day BCB broadcast live 12-8pm, joining the rest of Bradford to enjoy the fun and ask peoples thoughts on a Mela returning to Bradford.

As always, the day wouldn’t have be possbile without the hardwork of BCB’s volunteers and staff. So a big thank you to those who were involved on the day.

Are you interested in getting involved with BCB’s live broadcasts? Then there’s always space to get involved! Please email jonathn.pinfield@bcbradio.co.uk to enquire about any live OBs we have coming up in the future!

Every month, we focus the spotlight on one show BCB broadcasts and tell you more about it.

This time we’re giving you more information about The Cycle Show!

The Cycle Show broadcasts on BCB every fourth Monday. The show documents all things bike and cycling related within the Bradford district. This could be anything from local bike groups looking for members, world record attempts happening right here in Bradford or recycling and re-use schemes.

It is hosted by Benji Charlton and David Carpenter.

Every month, we tell you about new programmes that have started on BCB 106.6fm this month.

This month we’ve seen a number of new presenters and new programmes on BCB Xtra youth strand (6:30-7pm) as a result of our youth radio workshops over the summer.

Well done to Adam Paterson, Shantelle, Nadiya and the Graffitti team (Katie, Declan, Amy and Charlie) and all the other young people who taken part in programmes over the summer. 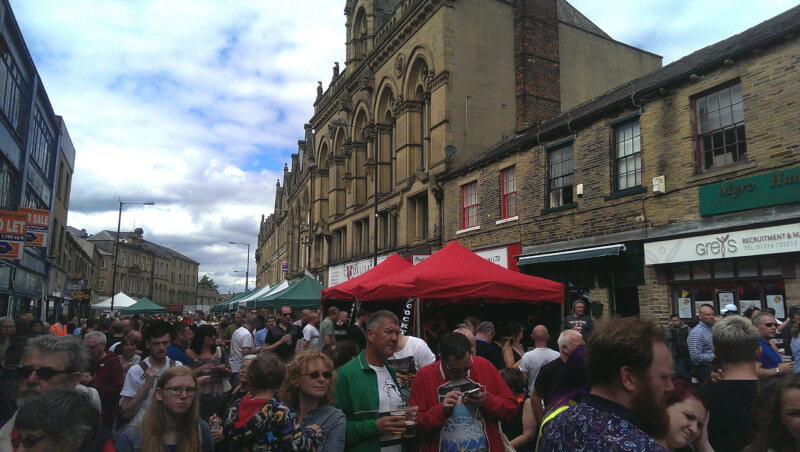 On 16th August, North Parade Street Party returned to the street at the top of town for it’s fifth consecutive year.

Despite the torrential rain, punters huddled into bars and cafes for a wide range of local talent performing across the day.

BCB sampled the delights of the festival, broadcasting live 2-4pm and generally joining in the fun of the day.

On the weekend of 31st August – 2nd September, Bingley Music Live returns to Myrtle Park with a stellar line-up of big acts and local talent.

Across the festival weekend (Fri, Sat, Sun) BCB will be bringing the sights and sounds of Myrtle Park to the airwaves 5-6pm.