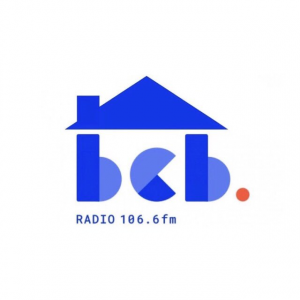 Thanks to everyone who’s involved in BCB right now, by recording programmes and/or listening to BCB on 106.6fm and online.

As you may know, the staff team and management committee are meeting once a quarter to forward plan. We’re holding our next quarterly planning meeting week in w/c Monday 16 August. To give us the time to meet and plan effectively, we won’t be scheduling any new programmes in that week.

Thanks for your ongoing support, Jonathan 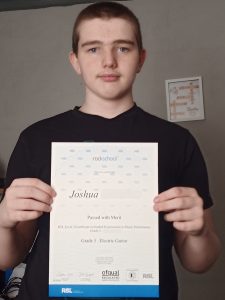 We’re now mentoring 11 young people with help around their musical ambitions. Three of those young people are Moshua, Asher and Levi.

​Joshua aka “Moshua”, musician and BCB radio DJ, has recently got his RSL Grade 5 electric guitar exam by performing radio friendly(!) classics such as “Hell ain’t a bad place to be” by ACDC and “Lose yourself” by Eminem.AND because there’s never enough noise in his house,he’s also achieved a distinction in the Trinity grade 1 drums exam.

He’s been working with Danny at City Sound Studios on the instruments and with Tim at Voltage Studios on studio techniques like mixing and mastering.

Moshua’s next move is into further education studying music production and he hopes one day to work in Sound Engineer and Production.

“Initially I was very much impressed by Asher in that he had a vision of where he was aspiring to be (within the Music Industry) and, then, working with Levi, who also has a clear vision of what wants to do in the Industry and conceptually knows where he aspires to be has been an eye-opener, in many ways, since they’re both focusing on growing up in Bradford as Dual Heritage young men. The eye-opening bits has taught me a great amount about youth-focused music, streaming and other platforms. They have both applied for the Youth Music NextGen fund and we, at BCB, wish them the best.” 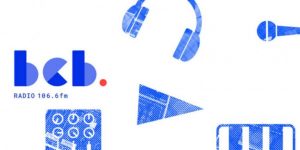 We continue to broadcast shows made by young people each day at 6:30pm under the BCB Xtra strand of programming. We’ve currently got contributions via All Star Ents, The Gig Buddies Radio Show, DJ Moshua, Ben’s Big Tunes, Melody, and the weekend shows that bring together the talents of Rodger, Abbie, Mason, Hammad, Francis, Casey, and more.

A few months ago we told you about Ghazal Abbasi, who having started out at BCB secured a place to study MA Investigative Journalism at City, University of London. This month Ghazal marked another milestone in her media career by getting her first article published on BBC news. Congratulations Ghazal and best of luck for the future!

You can read the article here

The piece was also her first TV feature commissioned by Look Norrth. Ghazal is currently working for six months at the Evening Standard.

Featured Programme of the Month 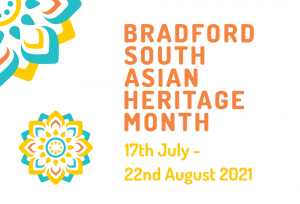 This month’s featured programme is actually a series of BCB shows celebrating Bradford South Asian Heritage Month. Running from July 17th to August 22nd with a stimulating programme of digital and real-life events, the month’s aim is to promote the rich and vibrant contribution of South Asian diaspora communities to the life and identity of Bradford. They also want to reach out to people regardless of background who are interested in South Asian culture but who might not normally normally engage with mainstream arts and culture.