If I do not appear inÂ photographicÂ form in a blog post then it is important that I put my name in the title, or the old ego will begin to suffer. AnyhowÂ beyondÂ that I would like to draw yourÂ attentionÂ to an album that slipped past my radar. Back from June now. I am taking the view that if this is news to me, then it might be news to other people.

I am talking about an the work that Stuart Murdoch has been getting up to while he has not been making blissfully well thought out tunes with Belle andÂ Sebastian (AKA forever). Anyhow turns out he’s been writing a musical film that is due to be shot next year. Am guessing that he has run into theÂ usual trouble of trying to get a film made (trying to get some one to pay for it). While all the details are being sorted out, he has put together all the music from the film and slapped it on an album.

God Help The Girl, is a mix of various people’s singing voices over Murdochs’ lyrics (Neil Hannon turns up again). The result is aÂ pleasantÂ sounding record that reminds me of something like the Andrews sisters mixed with some modern vocals. Â There are two Belle and Sebastian covers performed in a very different fashion…sexy you might say, I canÂ imagineÂ some war time dolly bird sat on a piano signing these songs in a alluringÂ fashion while I smoke myself to and early grave, dressed in a shape officer’s uniform…navy obvs… 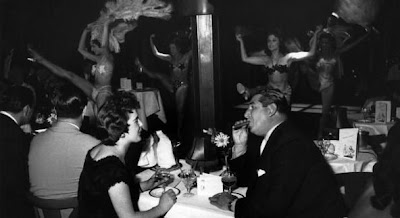 I spent about 40 mins looking for this image....ENJOY IT!

If you have not heard of the record then I would suggestÂ at leastÂ a listen through Spotify (link here) I find it lovely but it’s probably notÂ everyone’sÂ bag, but make up your own minds.

However, it did come out in June, it might have been massiveÂ  and I just missed it.

2 thoughts on “STOP press, User does not know everything.”