Someone keeps speeding up time and dashing away all the time to update Selection Box’s legions of fans (and indicators suggest that could be up to as many as three people) as to what tracks it is that they’ve heard on the show, even though I’ve told them all during the programme. Pay attention, cloth-ears.

Selection Box show 122 was marred by the infuriating skipping of one of them new-fangled compact disc contraptions. They’re going to replace vinyl and tapes, apparently, but I can’t see them catching on. This particular “CD” – as I believe they’re snappily referred to – seemed determined not to play the full glory of The Monster Mash– Bobby Boris Pickett & The Crypt Kickers’ example of one of those rarest of beasts – a comedy song which is a genuinely great record. I suspect that Phillip Aloysius St John Cope of this parish may argue the case for The Bonzo Dog Doo Dah Band, but as I’ve mentioned previously on these pages, I’ve never quite seen the supposed brilliance of His Nibs Stanshall. Perhaps he’ll convince me to the contrary on his proposed guest spot on next week’s Selection Box, though I’ve completely forgotten to remind him or indeed tell him bring anything along, so if he does turn up* I guess we’ll just have to babble like the set of wazzocks we are and perhaps neck a Baby Cham or two. Or we could just neck. There’s a lovely image for you all.

3. Hairem – Come Along
from: Girls With Guitars (various artists)

9. Midlake – Acts of Man
from: The Courage of Others

12. The Balloon Farm – A Question of Temperature
from: Ah Feel Like Ahcid: 24 American Psychedelic Artefacts From The EMI Vaults (various artists) 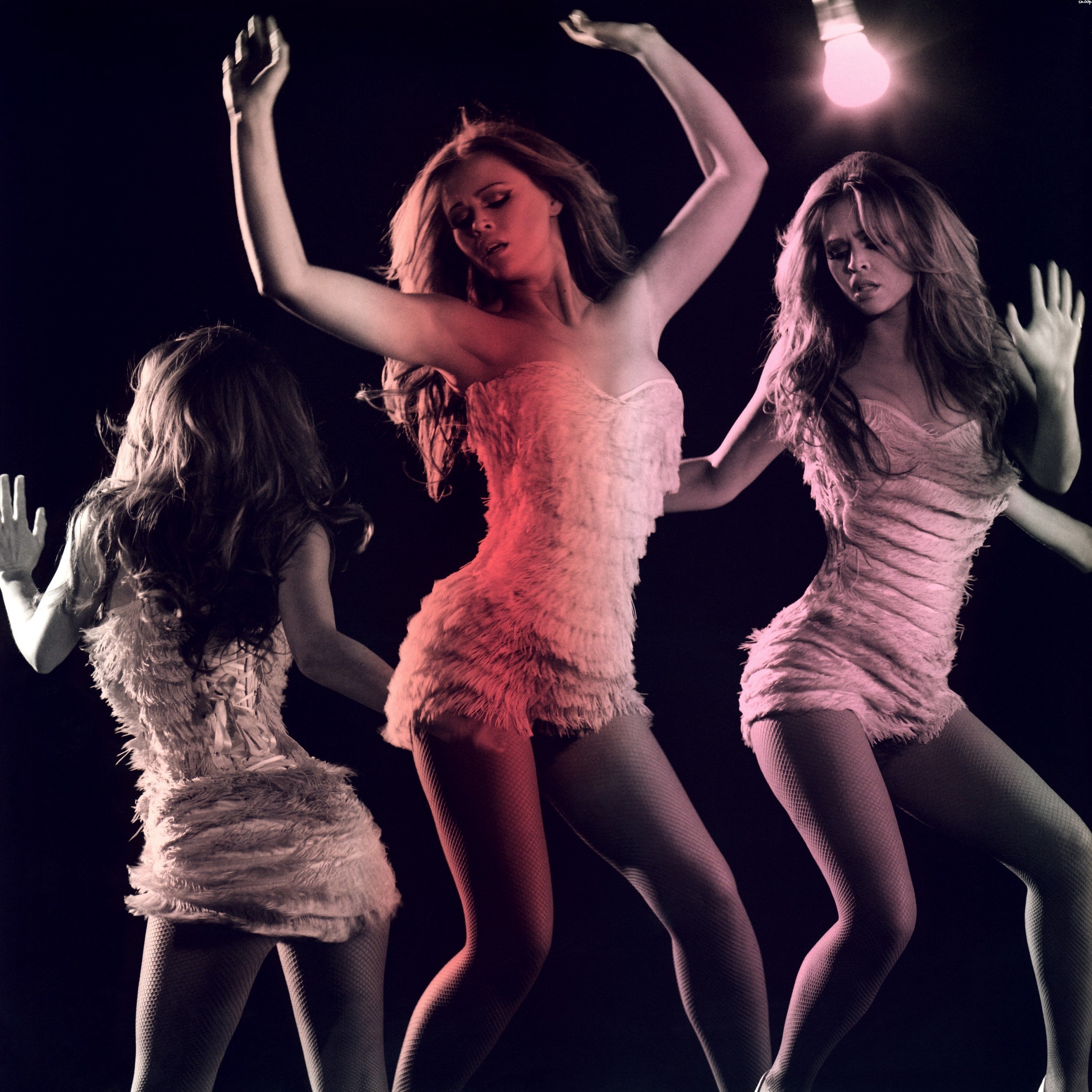 The budget for lights at Beckfoot's school discos was only sufficient for a single 40 watter which the headmaster flicked on and off for a strobe effect.

This week I discovered quite out of the blue that I went to school with one of Girls Aloud. I hadn’t even realised that any of them were from around here, let alone that we passed each other on the corridors and ate the same canteen chips (well, not the same chips obviously, that would be most unhygenic, but from the same batch. Seen as I took a packed lunch this analogy doesn’t even past muster, but you get the gist). Although I don’t own any of their output, I’m not entirely averse to the odd bit of Girls Aloud from time to time, indeed their debut single Sounds of the Undergroundis a ruddy marvellous pop record and has been played on Selection Box at one point, in one of my occasional pricks to potential pretentiousness with my pomposity pistol of populist playlist picks. The dastardly mercenary part of me was tempted to twist the truth beyond breaking point to make it seem as though myself and Kimberley (for this is the Girl Aloud in question) had kissed each other on the face and scrabbled around in each others undergarments, with a view to selling my story to the papers via that shower of shit parasite Max Clifford. However, a quick spot of rudimentary maths revealed that at the time in question I’d have been 18 and Ms Aloud only 13, which is technically kiddie diddling. As a new father who is going to have to pick up his son from nurseries and schools in the next few years it’s probably not advisable to allow untruths to land me on the Sex Offenders Register.

All of this is apropos of very little save for a strained link to another Bradford school alumni whose in the shape of Shipley’s Laura Groves, aka Blue Roses. Being a nosey sod I’d be intrigued to find out which school she attended, but not nearly as interested as I am by future releases as her debut eponymous album (called Blue Roses not Laura Groves, lest there be confusion) – from which I played a track this week – is an exceptional collection of ditties that melt the heart whilst simultaneously exciting the senses. Although the shows and presenters of BCB are regularly striving to stretch beyond our locality, we do have a remit to serve and focus on the people and their doings in Bradford, so it’s perhaps more than a little surprising that there is a relative dearth of cause-championing in the direction of Blue Roses on these pages. I am as guilty of this as anyone else, so as I self-flagellate consider this a small attempt to correct my slackery.

Roses are blue, violets are red

I did mention on the show this week that several BCB presenters have been hiding their lights under Garry Bushell with regards to Blue Roses – an admittedly crap play on words which led a confused Albert Freeman to text me during the programme to ask who Garry Bushell is. Believe me, Albert, you’re really better off not knowing.

Anyway, the lights of BCB luminaries Patrick Dowson, Joel White and the aforementioned Albert Freeman have been hidden within the bushel of the inner sleeve of the Blue Roses album, a quick glance over which reveals their names as members of the choir performing backing on the song Cover Your Tracks. Well I never.

But, I fear I digress already. Loyalty to a fellow Bradfordian meant that a choice between Tinariwen and Blue Roses at this year’s Glastonbury Festival resulted in myself and Mrs Selection Box standing in the Queen’s Head tent at 11am in front of the latter. We were rewarded with one of the best sets of the weekend, with Rebecca proving a particular highlight. The ethereal majesty of the beautific frailty had yours truly close to tears not an hour after degrading his arseflaps on a hole over stinking septic tank. It takes a special artist to banish memories of such a raw honk so effortlessly. In an instant, everything smelt of Blue Roses.

Anyway, here’s what I done gone went and played this week:

1. Imelda May – Feel Me
from: Love Tattoo

2. The Durutti Column – Lips That Would Kiss
from: Form Prayers To Broken Stone

7. Andy Kirk & His Cloud of Joy – Little Joe From Chicago
from: Bands That Can Boogie Woogie (various artists)

9. Cold War Kids – Sermon Vs The Gospel
from: Behave Yourself EP

10. The Golden Gate Quartet – Preacher & The Bear
from: Rock My Soul

14. The Irrepressibles – Forget The Past
from: Mirror Mirror

* Update: he didn’t. He completely forgot.