Following the story a few months ago (blogged here by yours truly with some ire)Â that Sting played a concert for a tyrannical despotcomes the peculiar tale that fat fingered fool Elton John recently pocketed $1m for his AIDS charity by tinkling his ivories at the wedding of US Radio DJ Rush Limbaugh.

On the face of it, $1m (around Â£690,000) being whacked into the coffers of a good cause for a couple of hours work seems to be a splendid return, but throw a glance at Limbaugh’s CV of controversy and it begins to look like an odd gig for the plump pompous pianist to take on.Â  Although pretty much unknown in this country, Limbaugh is known in the United States as a right wing shock jock, reviled by the left.

The Guardian reports that

Last October, Limbaugh compared H1N1 to AIDS in Africa, a “hyped” disease. “Everything in Africa’s called AIDS,” he said on his radio show. “The reason is [that] they get aid money for it. AIDS is the biggest pile of â€“ the biggest pot they throw money into.”

It seems a rum state of affairs, then, for the patron of an AIDS charity to not only turn up to held celebrate the marriage of such an outspoken critic of AIDS aid, but also take the fee to actually give to that very cause.Â  This is especially peculiar when considering that Limbaugh has a history of homophobic jibes, and (from the Guardian once more)

in 2007, when he [Limbaugh] claimed AIDS had not yet “spread to the heterosexual community”. “There was never any evidence that it was spreading [there], not sexually anyway, and if you said that, then you were guilty of a hate crime,” he said. “It was time to cough up money for education, and condoms, and cucumbers and all that, and we had rock stars like Bono establish philanthropic careers on the basis of all this, all based on ‘science.'”

Yes, damn that science and its adherance to properly researched and tested fact.

Â So, what the bally heck is going on here?Â  This gig raises more questions that it answers, perhaps most pressingly the matter of whether there is ever a situation where a charity should look to refuse the money proffered to them.Â  The cheque has not been given to the charity from the pocket of a nefarious criminal nor a political tyrant, so it is not the case that this is “dirty” money as such.Â  That the client is renowned critic of, effectively, what the charity does does seem to create a real moral dilemma, however.Â

There is always the simple possibility that Namesake Of Welsby (what did everÂ happento Elton Welsby?) knew nothing of his client and sought to do little more than earn a pretty penny for his charity by reeling off a few favourites CrocodileRocketManthankyougoodnight.Â  If so, you’d have to bring into question his ability to do even the most basic research, and his suitability as a man to put his name to an important charity.

The next option here is that the Irritating Ivory Emasculator just plain doesn’t care where the brass comes from, so long as it ends up in the coffers at the end of the day.Â  This raises all sorts of alternative questions about how and from whom charities should take donations, which are probably left to a separate debate.

The final suggestion is that Roly Poly Reg has purposefully sought to get one over on the groom, enjoying the delicious duplicity of taking a substantial amount for a gig and giving it to a cause that the customer finds unworthy of his not-very-hard-earned money.Â  If so, then this is a rather crafty piece of one upmanship, though whether we ought to commend such an act is open to discussion.Â  It’s not a huge step from this probably hypothetical situation to gaining money by deception, which is categorically something a charity should not be doing.Â  (However, any fellow regular readers of my favourite publication Viz will hopefully join me in enjoying this idea of Elton as a small-time trickster, just as he is depicted in the aforementioned magazine’s excellent strips created by their resident genius Davey Jones.)

However, there is a underlying problem which taints the manner in which we judge this story, in that I dare say that the majority of the people reading this have no idea as to who Rush Limbaugh is.Â  I have to confess that I had never heard of him before this peculiar little news story cropped up.Â  The danger here is that we become overly-censorious about a broadcaster whose output I have never heard, nor ever read any of his scribblings.Â  This is a trap that right-of-centre thinkers of a habit of doing with material that challenges preconceptions – a recent example being the condemnation of Chris Morris‘ film Four LionsÂ – a comedy about a group of less-than-intelligent British Muslims planning a terrorist attack – which was lambasted in some areas as a subject unsuitable for joking and I heard at least one radio debate discussing whether the film ought to be banned, conducted by people who ultimately had to admit that they hadn’t even seen the piece.Â

Those of us who deplore the knee-jerk reaction by knee-jerking reactionaries have to take care not to bite so easily when someone boldly steps into the spotlight and says something we don’t like.Â  Is the statement or message being hollered in such a fashion to purposefully prickle us, or indeed is the statement being made so extreme for the purposes ofÂ deliciously ludicrousÂ irony?Â  Comedian Sarah Silverman, for example, will often make offensive jokes or statements in her act, but the basic joke is that her bigotry is based on a blinkered and ill-thought out starting point, whilst at a lower level, and somewhat to the other end of the political swing, journalists such as Jeremy ClarksonÂ Â and in particular Richard LittlejohnÂ (another person, coincidentally, given the Davey Jones Viz treatment) areÂ provocatively Â incendary for the purposes of shock horror we’re-all-going-to-Hell-in-a-handcart column inch sensationalism.

And we need stray no further than that same online Guardian article for debate as to who, what and indeed why Rush Limbaugh is a figure of debate on the other side of the Atlantic.Â  A quick skim read of the Comments section sees various views of Limbaugh – those who see him as a vile figure of hatred, whereas one poster describes him as a “professional wind up merchant” who is playing his audience like an instrument, in order to expose their inability to think rationally.

Ultimately the net result of this is that we come full-circle upon ourselves, and we are left with the very same questions we raised at the beginning.Â  These are namely; Who is Rush Limbaugh?Â  and Is he an appropriate person for Elton John to ply his wares for?Â  Return to top of page…

Â I have been notable from my absence on these pages for some time, due to holidays, generally being busy and, in part, setting up a personal non-music blogwhich is largely used to record the silly things which go through my head during the day.Â  However, regular listeners / readers who avidly tune in and then read these blogs (which could be up to as many as three people Worldwide) should fear not – there is room in my life for two internet based outlets for prattling on an on and on and on and on.Â  And on.

However, in not posting here for a while, I am criminally behind on playlists for what has been played on Selection Box.Â  To have a mass list of show after show will make for dull reading, so I’ll post them sparingly here and play catch up over the next few posts.Â  I pwomise.

All the fun of the Phair.

5.Â  Bob Dylan – Visions of Johanna
from: Blonde On Blonde

7.Â  Cornershop – Sleep On The Left Side
from: When I Was Born For The 7th Time

8.Â  Prince Mohammed – Johnny Thunder
from: People Are You Ready?

11.Â  Dave Cloud & The Gospel of Power – You Don’t Need Sex
from: Pleasure Before Business

2.Â  Julie Doiron – Heavy Snow
from: I Can Wonder What You Did With Your Day

4.Â  Scott Matthews – The Fool’s Fooling Himself
from: Passing Stranger

14.Â  The Cramps – I’m Cramped
from: Songs The Lord Taught Us 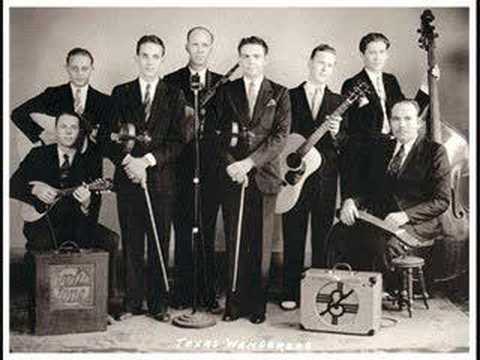 If you sit in the sun you'll get Bruner.

10.Â  Ruth Wallis – Booze Is The Only Answer
from: Hot Songs For Cool Nights

12.Â  Chuck Garbo & The Soul Finders – Can I Be Your Main Squeeze
from: In The Pocket With Eddie Bo – New Orleans Rock N Roll R&B Soul & Funk Goodies