I’m starting to think that the Leeds Festival site is centred around some sort of wormhole in the space / time continuum, as the best part of two months seems to have dropped away from my life and I have barely noticed them. As a result it appears that I have found myself quite spectacularly behind when it comes to show updates and playlists, so I’ll endeavour to bridge the gap and bring these READMYBLOG posts up to date.

However, I don’t really think we should go any further before we mark the sad passing of Solomon Burke, who gone done went and karked it on a plane earlier this month whilst traveling to a series of gigs in Holland.

James Brown liked to refer to himself as The Godfather of Soul, but not only was Brown something of an over-rated fat face, he also operated on something of a misnomer. Brown’s huhs and hahs and the seeming continual need to repeat his name every four seconds in case we forgot it was more funk than soul, whereas Solomon Burke’s was a voice which tore at the heart as well as moved the feet. I make the comparison only because Burke’s early influences from church gospel mixed with rhythm & blues made him one of the true early godfathers of the Soul genre, though Burke himself liked to call himself The Godfather of Rock & Soul.

That's disturbingly similar to what I wore for my wedding.

Although later eclipsed, popularity-wise, by the likes Atlantic stablemates Otis Redding and Sam & Dave, Burke’s songs have never entirely vanished from the populist consciousness, thanks to the likes of Cry To Me, which was featured in the Dirty Dancing soundtrack and Everybody Needs Somebody To Love which was covered by The Rolling Stones and, most famously, The Blues Brothers in their splendidly silly eponymous film. However, both examples were the best part of 20 years after his 1960s heyday, and when the latter was erroneously attributed to Wilson Pickett, Burke telephoned Atlantic founder Jerry Wexler to complain. Wexler, apparently, had heard so little of his former charge that he was astonished to find out he was still alive.

It’s probably just as well, then, that Burke had long since found himself a fall-back career or two – having, as seems to be inevitable with male soul singers, worked as a preacher and also as an undertaker.Â  And James Brown claimed to be the hardest working man in showbusiness; pshaw.

Solomon Burke is survived by an extraordinary 21 children, 90 grandchildren and 19 great grandchildren.Â  Everybody needs somebodies to love.Â  Weighing in at around 30 stone in weight at the time of his death, the Burke was big, he was fat.Â  And he was truly great.

Anyway, must press on with the catch up on the playlists and such nonsense of stuff I gone done spun on Selection Box, starting with show # 145.Â  This, rather terrifyingly, dates back from August.Â  Courtesy of this lovely Soundcloud player you can listen to this show again for a limited period (probably about the length of time it would take to make an actual size facsimile of David Rappaport crafted out of crusty bogies).Â  Sadly due to copyright and such blah the show cannot be made available as a downloadable file. 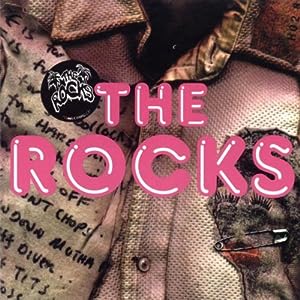 I've got more of those badges than Solomon Burke has had salads.

2. The Maddox Brothers & Rose – When God Dips His Love In My Heart
from: A Collection of Standard Sacred Songs

3. Camera Obscura – The Nights Are Cold
from: CD single

4. Eddie Collins – I’ve Been Around Too Long
from: Stomper Time 7 (various artists)

5. The Rocks – Eyes Wide Open
from: Asking For Trouble

8. CSS – Let’s Make Love And Listen To Death From Above
from: Cansei Der Der Sexy

11. The Arcade Fire – Empty Room
from: The Suburbs

13. Besh O Drom – Cigansko Oro
from: The Rough Guide To The Music of Hungarian Gypsies