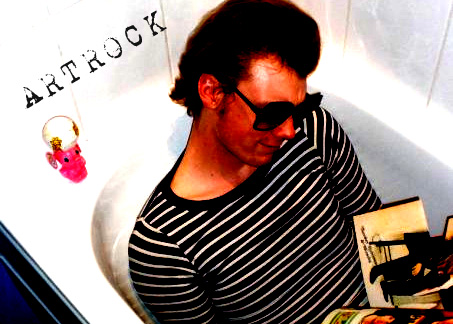 My last post regarding noise music and experimental sounds got me thinking about something I always enjoy asking musicians when we have them on the show. You see musicians hate to be pinned down and pigeon holed. But on The Show we are all about the holes that the pigeons live in. Thus I have asked a variety of musical guests what they would class there music as.Â  It seems a common occurrence for these bands to invent their very own genre in effect rendering the pigeon holing technique employed by myself useless, but given the fact they have just made something up they may as well have just used the band name and called it the genre right? The musicians may think they have won, however in order to create something original they have had to go to some lengths and say something like ‘post new wave inspired foke indie’. Thus sounding like fools in the process and everyone knows that being in a band is ALL about been cool, right?

The modern music press is an even worse culprit of such things (the old music press may well have been as well but I was not around to read it and being a young modern music fan if it did not happen ten minutes ago it’s not worth knowing). There seems to be new genres invented to match every musical fad. These are golden days to be involved with the musical genre business. However, don’t get too attached though; within a year – poof -Â  they’re gone…well not gone but well forgotten which means it’s as good as dead. 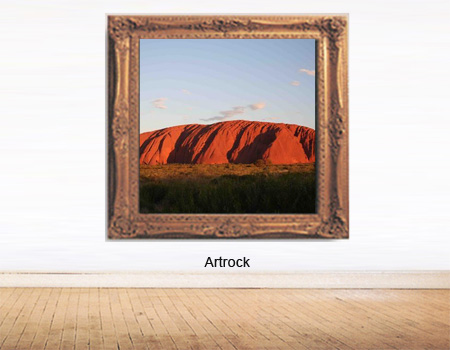 Move over Oscar Wild, wordplay does not come finer than that.

Anyway, I thought it might be a good chance to examine four invented genres from the last few years that caught my eye (and then slipped from it). I will start in this post with by far my favourite, ‘Art Rock’, I am talking about the modern incarnation of this term here.

I should point out to you the dear readers that although I am making out like these musical genres don’t exist they by default do…because people say they do. Besides that, the modern take on art rock does have its roots in the past and rather worryingly this has happened before. The term turned up in the 70s to describe progressive rock music that was all a throwback to classical music intertwined with psychedelic guitars. I site Aphrodities Child‘s incredible 666 album (one of the first ever concept albums I believe) as a classic example (spotify). Which leads me to point out that a feature of art rock: the importance of the album as a format. Your listening to art right, in the same sense that you would read a book. You would not read the last chapter first right, same rules go here.

The modern incarnation of art rock from recent years probably has its deepest roots in new wave. Another difficult to define genre. Think of artists such as Talking Heads, Blondie, Joy Division and The Cure and combine they’re noises into a music soup and you have early synthesized brooding pop. Â That’s pretty broad right? Well that’s cos it was.

Now let’s take our term early synthesized brooding pop and apply it to today’s NME branded art rock kids. Deerhoof, The Long Blondes and Franz Ferdinand; Seems to fit. The music’s there, lyrics based on girls, arguments and/or nonsense (Greek gods go down well). Â The pace and directions of the albums seem well thought out and planned, with each track tending to fit into a larger picture. 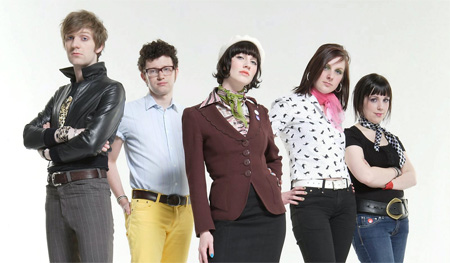 any excuse to post a picture of the long blondes.

Although these modern bands do experiment they are essentially making pop music, and even if it’s the best of its kind it is not quite as boundary pushing as the term art rock might suggest for some. For true art I refer you back to my noise music post on this blog, and people who are really pushing the extremes of taste. I would personally site Crystal Castles as a more progressive art rock band than any of the previously mentioned bands. Does this mean I will listen to it as much? Probably not (not to mention that art is of course subjective).

So the term art rock no longer means what it says on the tin, it’s not about the avant garde, but has become a genre, like the term ‘indie music’, Â that now describes everything rather than meaning independent. And that is why artrock is a musical genre that does not exist. What an odd world we live in. When you say art rock I want see painters playing guitar…Get mad about this posting if you want, it’s all just my own thoughts anyway.