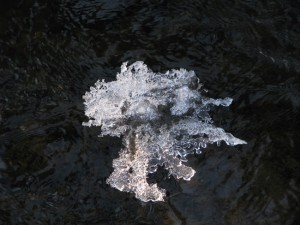 Compared To What – we’ve played this before and doubtless we’ll play it again, meanwhile here’s the film of the performance.. funkabulously jazztastic, filmed in 1969 with pianist Les McCann and saxophonist Eddie Harris live at the Montreux Jazz Festival.

Apparently… “Les McCann smoked his first-ever hashish just before going out there and doing the do.”

I thought they were called the Higgins Jazz Quintet, but apparently it’s The hUigin Quintet (sic).

OK… not confused, not much.

Anyroad, they’re a fabulous jazz quintet playing in the Bradford area – Blue Note to Miles DavisÂ – next gig appears to be at the Kings Arms in Heaton on Wednesday 23 March at 8.30Â – diary it now! More at http://huiginquintet.co.uk

Our friend Muzikifan has updated his inimitable site with reviews and listings www.muzikifan.com

From the BBC press office:

‘BBC Four announced it will celebrate reggae’s impact on British music, culture and society with four exciting new programmes on Friday 11 and Friday 18 February. The channel will spotlight some of the genre’s most influential and greatest artists with two new documentaries, Reggae Britannia and Toots And The Maytals â€“ Reggae Got Soul, a specially filmed Reggae Britannia At The Barbican concert and Reggae At The BBC, a choice compilation showcasing a range of archive content.’ www.bbc.co.uk/pressoffice/pressreleases/stories/2011/01_january/04/reggae.shtml

George was running so fast he could feel his buttocks slamming together. He couldn’t help it, he HAD to get to those girls. Even if they turned him down, at least he’d get a glimpse of their beautiful faces.

Morning brought a change in the winds. Edmund had said as much. He always was a queer fellow. Once he wore a pink cardigan to the St Patrick’s parade. It wasn’t that the whole idea was pretty boring, in fact it was quite enthralling.

The day was just too hot for all this malarky and there was far too much to do. In fact, the to-do list itself extended from the kitchen all the way to the top of the landing. Up there it was very dark. Very, very, VERY dark. So dark, nobody ever dared go up that far. It was only when the sounds began to echo down to the ground floor every morning, that anyone remembered the landing existed. It only took 5 seconds in these instances before anyone sitting downstairs decided it was time to leave. That’s when it became apparent all the door knobs had been removed. In their place were Hermit Crabs, which were endangered at the time. All because the Japanese loved to eat, no one went hungry. The meal was eaten anyway and everyone had a bash. The noise began to creep down to the ground floor again when they were just finishing their meal. ‘Oh dear’, they thought. ‘This is the wrong time.’

This letsÂ you do in art galleries what Google Street View does on streets, ie walk around them

Crime map to keep you nice and scared – www.thedailymash.co.uk/news/society/crime-map-to-keep-you-nice-and-scared-201102013489/

Type in your postcode and find the crime in your street – www.police.uk

Louvin Brothers – He Can Be Found – Satan Is Real CD – Capitol

1 thought on “The Blowin Weekly Extra – The clouds are full of wine..”