Tonight, we revealed the first 5 tracks in our annual chart of the best 20 tracks of the year.

Announced so far are: 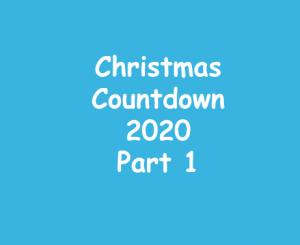 Numbers 11 to 15 will be unveiled on Thursday 10 December between 8pm and 9pm.

But this week’s show was also tinged with sadness following the announcement by the Leeds band Mush about the death of founder member Steve Tyson.

Here are the rest of the tracks we played this week:

We upload Bradford Beat each week to https://www.mixcloud.com/BradfordBeat/

Have you cracked open the Sufjan Stevens box set yet? Or perhaps you’re more of a die hard Slade fan? Well, which ever way you swing, the supermarkets and bus stations have been churning out Christmas music for weeks now. This means the chart battle for Christmas No.1 has begun (yes, the charts still exist, even though TOTP ended years ago) and the kitsch-fest has kicked off.

This year I’m backing 50 Sniffs – I even paid to download Credit Card Christmas (I’m usually very “bah-humbug!” when it comes to iTunes), as all profits are being used to help clean up the mess left by serious floods in my hometown of Boston last week. If you’ve not discovered 50 Sniffs yet, they serve up a fun, affectionate, occasionally crass Bostonian rap parody. I’ve had “Bought a turkey on finance, then I took it round my Nan’s” as an ear-worm for a week now, and it’s cheesy in all the right places. I don’t think anyone expects it to go top ten, but top 40 would be nice!

And if you want to check out some other weird and wonderful Christmas music, have a nosey at my blog – Bloody Nora’s Big Gob.

The Buffet radio show will be bringing you an eclectic Twisted Christmas 2013 review combo on Sunday 29th December at 7pm. But in the meantime, we’ve uploaded one of our old Christmas shows from 2010, which you can listen to here.