This was a piece also written for Bradford Zine – Claptrap which you should all get involved with.

It’s a bit rude and probably pretty pointless, but it was fun.

Oh! Joyous fanfare to a new year! Nay! A new decade!
It’s the time of year for wild hyperbole, for ‘Next Big Things’ and ‘Upcoming Stars’.
As our big label A + R masters wake from their Christmas slumbers, bleary eyed and pissed off about the way this lengthy cold snap has affected their personal supplies of ‘snow’ they stare out into the stagnant, icy high streets and wonder; WHO WILL SAVE US FROM OBLIVION?
Well do not fear. For the BBC, the NME and the plentiful blogs of cyberspace are only a phone call away. They will create such a force of musical Mystic Meg clairvoyance that record label coffers will be full in no time. The BBC Sound of 2010 is top of the pile. A big brown nosed, golden shower of praise and merriment. Don’t give me that ‘it’s good for the music’ bullshit. Like vultures picking at vomit to feed their squawking little chicks, this is desperate dollar grabbing. A self fulfilling prophecy of cash, with barely any thought for actual, you know, musical talent. Still, someone’s got to pay those music journalists / talent scouts wages and help the self-perpetuating circle of futurology, so I’ve concocted a handy guide to six of the top picks which will help you seem like your finger is on the pulse (clue, it’s just past the perineum) without actually having to listen to any of these god awful people. Let the cynicism commence!

END_OF_DOCUMENT_TOKEN_TO_BE_REPLACED

Howdy. I’m Joel. This is my first blog post for BCB.
I think we can all agree that it’s going pretty well so far.
Every Wednesday at 5.30pm I have the pleasure of filling 30 minutes of good Bradford air with all manner of noise, discourse and hillarity.
From now on I’ll be updating this site with tracklistings, spoilers and musings.
Here’s what we did on the 30th September. 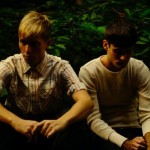 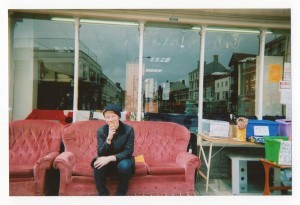