We welcomed the gorgeous Bet Lynch Mob to the studio this week (well, two thirds of them). They are delightful young ladies, if somewhat cheeky. They not only danced about in the studio, but Betty Bird half-mooned us through the BCB studio glass partition. No photographic evidence I’m afraid, but here they are having a boogie in trademark gold hotpants: 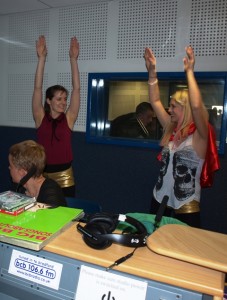 You can listen again if you click this link – it starts about 5 minutes in after some sport gubbins:Â http://www.podcast.canstream.co.uk/bcb/index.php?id=8413

And this is what we played:

Well, I’m still coming to terms with the fact that Mark Linkous shot himself on Saturday. But his music will always live on, and I played some tonight, along with, it has to be said, some marvellous new tunes. These were they: 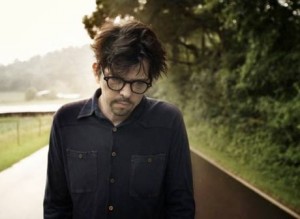