Admittedly the closure of The Love Apple in Bradford isn’t the saddest news I’ve been greated with in the past couple of days. I wish it was, however, and that the shootings in Cumbria hadn’t happened.Â  However, I’m totally shocked and gutted that The Love Apple had to close, and this is a sad result of what has happened to Bradford in the past few years.Â  About 5 years ago the place (both Bradford and The Love Apple) was buzzing (quite literally after The Twilight Sad and Frightened Rabbit‘s loud gig there!)Â  and there was a real vibe around the place.Â  Now…well, how things have changed.Â  The Bradford Playhouse is showing promising signs, but if a nice independent bar like The Love Apple can’t make ends meet, well, we’ve got problems.Â  Other highlights that I’ve seen there include Jeffrey Lewis (at which I was very proud to be part of the support with Wilful Missing), Dufus and The Wave Pictures (a great, yet poorly attended gig, again at which Wilful Missing were lucky enough to be asked to support).Â  I was also at the Jeremy Warmsley gig at which one Laura Groves made her first appearance, many a moon before blossoming into Blue Roses.Â  So, thanks must go to Pav and co for giving us The Love Apple, and I wish him and his staff the best of luck for whatever they do next.

Here’s what I played in my show tonight:

END_OF_DOCUMENT_TOKEN_TO_BE_REPLACED 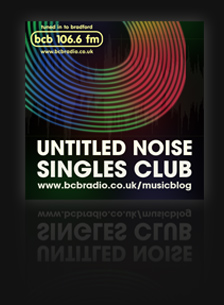 Introducing our first podcast, not quite sure how regular this will be yet. But the pretext is simple. Some of the blog’s authors squabble and talk over each other while stating view points as fact. You can put it on your mobile machines so you’re never too far from BCB.

This week we look at The Twilight Sad, Kate Walsh, Jack White’s new band The Dead Weather and Wild Beasts.