Track of the Week 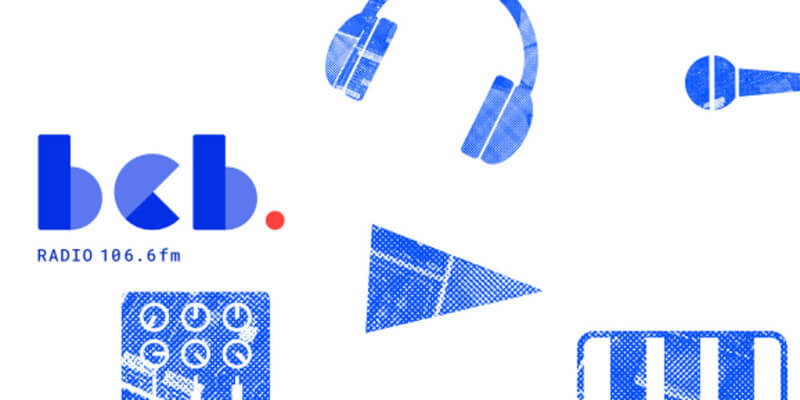 As part of our commitment to Youth Music we feature a track made by young people (aged 12 – 25) in Bradford as the Track of the Week across our schedule.

You’ll be able to hear the track in our About Bradford shows between 11am and 12 noon, and 5-6pm during the week.

It will also be featured on the BCB Home Page, and listed on our dedicated Youth Music site under the On Air This Week page.

If you have a track that you think we should be featuring, then fill in this form and contact us and let us know.

Be prepared. You’ll need to…

w/c February 22nd 2021
This week’s track comes from 20 year old Ollie Forrest. Released in 2020, it’s called I Don’t Want you Back and is available to stream from Spotify.

w/c February 15th 2021
This week we have a brand new track, Love Your Enemies, from Musumba.
It was released last Friday and is available on YouTube, Spotify, and other platforms.

This week’s track comes from the collaborative project known as Polite Control, headed up by 21 year old Joe Smith from Cottingley.

The track, Radioisotope, draws on influences such as Kraftwerk, Joy Division, and Orchestral Manoeuvrers in the Dark. It’s released on the 19th February. You can pre-order Radioisotope on Spotify.s

w/c February 1st 2021
This week we’re revisiting a track from Kemmi Gill called KCU. The track was made for the ‘Kindness, Compassion and Understanding’ campaign, commissioned by the Bradford Health and Care Partnership to mark World Kindness Day back in November last year.

As this week is Children’s Mental Health week, the team behind the track have released a remix by local producer Shaun Dean. It’s a BCB Exclusive, and you can only hear it on About Bradford and Bradford & Beyond this week.

We’re also playing the original mix during the week. You can listen to KCU on Soundcloud or watch the KCU video YouTube.

w/c January 25th 2021
This week’s track is Deja Vu by Finlay Mactaggart. It’s from the Three Doors EP and available on Bandcamp and Spotify. There’s also a video of Deja Vu on YouTube.

w/c January 18th 2021
This week’s track is another one from Lucy and Lila. It’s called Next Door.
You can find the track and many more on the Lucy and Lila YouTube channel.

It’s called “Mmm” and it’s one of four tracks he’s released over December and January on Bandcamp.

w/c January 4th 2021
This week’s track, “Once Upon A Time“, comes from Kabeer Sindu. He’s a student on the Music Performance and Production course at Bradford College.

It was recorded as part of the Bradford College Virtual Concert in November 2020.

w/c 21st & 28th December 2020
Tune in to About Bradford and Bradford & Beyond over the holiday period to hear our regular presenters choosing their personal picks from the Tracks of the Week we’ve featured in 2020.

The track is a cover of Britney Spears’ Toxic -we don’t usually have covers as out track of the week, but we think that in this case it’s worth making an exception. It was Recorded at the Bradford college Virtual Concert in November 2020.
w/c December 7th 2020
This week we have another track from Kahal – who is 15, and was born in Belfast but now lives in Bradford.
Previously we featured “Apple Crumble” from the album “HUMAN HUBRIS“. This is another track from that album, it’s called “The Pumpkins”

w/c November 30th 2020
This week’s track comes from 18 year old Ismail Hussain. Ismail recently won the Arts and Culture award at the Yorkshire Asians Young Achiever awards. He performs around the UK and abroad, and has a large following on social media.

The track is called Hu Allah and is take from his Project 5 album.

w/c November 23rd 2020
This week’s track comes from Kemmi Gill. The track was made for the ‘Kindness, Compassion and Understanding’ campaign, commissioned by the Bradford Health and Care Partnership for World Kindness Day a couple of weeks ago.

The aim of the campaign is to encourage acts of kindness and compassion and conversations that promote better mental health.

The track is called KCU. Listen to KCU on Soundcloud or watch the KCU video YouTube.

w/c November 16th 2020
This week’s track comes from 17 year old Barbora Orackova. She’s a student on the Music Performance and Production course at Bradford College and this is a live performance of for her original song entitled ‘Everything Around Me’

You can see Barbora performing with her other students from Bradford College performing in a virtual concert on Friday 20th November 2020 at 7pm on YouTube. See: https://linktr.ee/BradfordCollegeVirtualConcert

w/c 9th November 2020
The track we’re featuring this week comes from Kahal – who is 15, and was born in Belfast but lives in Bradford. The track is called “Apple Crumble” and it’s from the album “HUMAN HUBRIS“. Kahal on Instagram, YouTube, Twitter, and Spotify.

w/c 2nd November 2020
This week’s track, It Was Love, is by Ben Jordan featuring Megan Swanepoel. Ben is a 17 year old singer songwriter from Cullingworth. He has has been performing, recording, and releasing music for a number of years now, and this is his latest release. You can find it on YouTube, Spotify, and Soundcloud.

w/c 26th October 2020
This week’s track is called ‘Family in the Snow’ which is the title track from an EP by The Late Show. You can buy a copy and hear more on Bandcamp.

w/c 19th October 2020
This week’s track comes from Alfie James Smith and is called Times Are Getting Harder.
Alfie is on the Music Performance and Production course at Bradford College, and the track is available on Spotify.

w/c 12th October 2020
This week’s track comes from Lucy and Lila and is called Hollow Oak. We featured their track, Settle Down, earlier in the year.
You can hear those tracks, and more, on their YouTube channel.

w/c 5th October 2020
SEZ, is a singer/songwriter from Bradford. This is the second track we’ve featured from her Underwater EP which is available on Bandcamp. The track is called ‘Underwater’

w/c 28th September 2020
This weeks track comes from KG, a rapper/producer and a youth leader with the All Star Ents. project here in Bradford

The track is called ‘Time to Shine’

Ollie is a multi-instrumentalist, singer / songwriter and producer from Baildon. His influences include punk, techno, hip-hop, rock and many others.

The track is called ‘Find Yourself’.

w/c 14th September 2020
This week’s track comes from six young musicians from Bingley/Skipton going by the name of The Reyers. They are all 18 or under and the lead singer Mabel is just 15.

Seasick is their debut single, recorded at Loom Studios near Leeds with sound engineer and producer Steve Whitfield whose clients also include Terrorvision and The Cure. It’s available on Apple Music, Amazon and Spotify. Instagram @thereyers_band.

w/c 7th September 2020
This week’s track, Moor Life“, comes from Saint Jerome, a rapper from Bradford who has created songs in English, German and Mandarin.

Saint Jerome describes the song as being “about the lesser-told black history.” He goes on to say:

We are mainly just taught that western black history starts with slavery.
This is not true, with black history going much further back and being much richer than that.
The song sheds light on one aspect of that, the Moors of Europe and America.

w/c 31st August 2020
This week we’ve got another track from Home Wood’s Musumba.
Musumba has had major backing and support from BBC Introducing, Radio Leeds, BBC Sheffield and BBC Radio 6 Music in recent months. We previously featured her track Drifting on BCB, and this is her latest release Scriptures‘.

w/c 24th August 2020
This week’s track comes from, 22 year old, Asher Knight. He grew up in Wrose but is now based in London in order to pursue his music career. The track we’re playing this week is called Oxygen‘.

This week’s track comes from Prehensile Thrashings. This is what they have to say…

Prehensile Thrashings were kind of a band for a bit even though we never played the same song twice. Recently we’ve managed to overcome our collective laziness and manifest a new track that’s been in the pipeline since last year, and an old track we thought had died with the mac we used to record on. Prehensile Thrashings are Six Dinner Syd and Vince McCannon and work in collaboration with The Needle Bin on Facebook. This track is available on bandcamp for the generous price of nothing. Google us and that if you care. Bigup BCB for the airtime.”

Lila is a young writer who posts poetry and stories online, and Lucy has been involved in music and theatre for years.
They started working together when Lila posted a poem online that Lucy decided to put some music and a melody to, and they’ve been making songs ever since.

w/c 3rd August 2020
We’ve another track by ‘Violet’. This time it’s Nothing Kills You. You can hear more on her Violet Official page at Soundcloud.

w/c 27th July 2020
This week we’re featuring an artist called ‘Violet’ and her track is called Lifeboat. You can hear more on her Violet Official page at Soundcloud.

w/c 13th July 2020
Jack Lupton is a singer/songwriter, performing as Black Jeans. His track is soon to be released and is called ‘Someday, You’ll Join me’.

w/c 6th July 2020
Rhyanne Woodbine is a singer/songwriter from Bradford.
The track is called ‘Butterflies’. You can find Rhyanne on Twitter @RhyanneWoodbine, Spotify, Soundcloud, and you can buy the track on Amazon music.

w/c 29th June 2020
Musumba is a 16 year old from Holme Wood. She’s had major backing and support from BBC Introducing, Radio Leeds, BBC Sheffield and BBC Radio 6 Music.
Her track is called Drifting.
You can follow Musumba on all social media platforms, and her website is at linktr.ee/musumba

w/c 22nd June 2020
Finlay Mactaggart a 19 year old pianist and composer based in Bradford.
The track is called “Blue Yellow Meadow”. It’s taken from his Three Doors EP which is available on Bandcamp.

w/c 15th June 2020
SEZ – a 19 year old singer/songwriter from Bradford. The track is called “I Don’t Seem to Love Your Smile Any More”. It’s taken from her Underwater EP which is available on Bandcamp.

w/c 8th June 2020
Ben Jordan and Callum Butterworth who go by the name of United AS One. There first single is, What’s Wrong With Me.

Tune in for a unique range of distinctly Bradford programmes, interviews and features celebrating LGBTQ+ History Month. Celebrate with us!

Chat, guests and music, with a different theme each week

Listen again to a selection of our Black History Month shows that reflect and celebrate the contribution and life experiences of Bradford’s African and African Caribbean communities. Find out more! 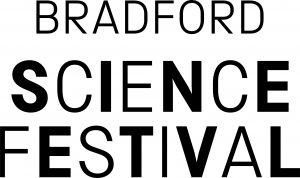 As part of the Bradford Science Festival 2020 BCB Radio hosted a series of special radio shows throughout the week. Read on

Every Thursday, 2pm - 4pm for women only radio workshops. No experience needed!

South Asian Heritage Month is a month long celebration of South Asian cultures, people and histories. Join us for a series of programmes celebrating everything South Asian. Find out more!