Repeated around 1 am on Tuesday

Listen to BCB LIVEÂ  – 106.6 FMÂ in West Yorkshire, and www.bcbradio.co.uk/bcb.m3u everywhere else.. 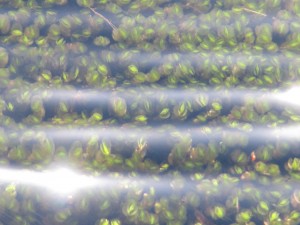 BIG changes a come… Blowin drops to one hour from 7 March, 9-10pm, SundaysÂ …

You wrote in and complained last time this was mooted, Many thanks for that, but now it’s actually happened.

I’m told that there ‘may’ a chance to go back to two hour programmes in the future, so feel free to email jonathan.pinfield@bcbradio.co.uk and expressÂ your wishes. Jonathan receives a lot of email and only works at the beginning of the week, so that’s the best time to send them. Be nice.

So, three more ‘full-length’ Blowins before we trim our selection. Let me know if there are longer tracks you’d like to hear again – or any tracks, as we’ll have less space for all sortsa stuff.

The good news.. we’re experimenting with podcasting, so you’ll be able to take us out with you… watch this space…

I know so little about 16th century English church music that you could tell me anything and I would believe it.

That piece was written in 1573 by Thomas Tallis for the birthday of Queen Elizabeth I.

It’s called Spem in Alium Nunquam habui. A translation may be ‘I have never put my hope in any other’. I think it’s about god.

You can hear it as a sound installation at the Howard Rooms, Leeds, a newly-refurbished part of the Grand Theatre, at the top end of Briggate, from 4 February to 3 March, 2-8pm, free.

I think it lasts under half an hour. Each of the forty voices will be played through a different speaker, spaced through the hall. You will be able to move about to listen to individual voices. I can’t wait.

“Steve Barrow wrote for Black Echoes in the 1970s, ran his own record stores, compiled records for Island, Trojan, and later his own label Blood and Fire records. He co-wrote the Rough Guide To Reggae, a bible for all Jamaican music fans. Amongst his close friends are people like Bunny Lee, Dennis Alcapone, Glen Brown, Lopez Walker, U Roy and Trinity.”

Mikey has the interviews available as podcasts – they contain a wealth of information on the history of reggae and how it has developed and influenced music globally. And some classic and rare music.