Sorry for the long long delay – but we’ve had technical problems at BCB Towers which haven’t we haven’t been able to update this blog for ages.

We’re back up and running now though so I’ll aim to post regular updates here.

Tonight’s show features tributes to Florian Schneider from Kraftwerk and also Little Richard, both of whom died recently.

Bradford Beat is on at 8pm every Thursday on BCB 106.6FM.

You can also find the show on Mixcloud:

A belated tribute to Ranking Roger of The Beat – here’s the full list of what we played:

We’re enjoying the new Mekons album so much we squeezed in two tracks from it tonight.

Mekons – In The Sun
Ian Brown – First World Problems
Siren – Tree of Knowledge
Penetration – Come into the Open
Walker Brothers – The Sun Ain’t Gonna Shine Any More
Holly Herndon – Eternal
My Mye – On this Beach
The DMAs – The End
Fontaines DC – Big
Tamlin Cook – Takatata
Ex Re – Crushing
The Mekons – How Many Stars?

Thanks to the excellent Soak, we were able to debunk 14 Feburary…

Listen again to our coverage of Bingley Music Live from Myrtle Park.

Our show featured tracks including Bingley band The Marmozets.

The Christmas Countdown is almost upon us!

Starting this week (Thurs 1 Dec) we’ll be running down our festive chart of the top 20 tracks of the year.

In the meantime here’s what we played last week:

You can listen again here >

We have lots to tell you!

First of all, there’s the latest radio show, which inevitably contains a bit of Prince, but TBH there’s something in there for everyone as we veer from rock to electronica to grime to disco Beatles. Described as “Top quality light entertainment” by Phil Cope, which puts us up there with Eurovision, right?

Then there’s Front Room Disco at Kirkgate Centre on Saturday 21st May, hosted by us! Yes, Wil Oddsox has entrusted us with his baby, the daft bugger. Expect disco chaos. We haven’t had a good dance in ages, we’ll be like crazy monkeys let out of the cage.

Finally, we’re also hosting Record Club on Saturday 28th May, also at Kirkgate Centre. The event is 33 1/3 Revolutions, so rock up with your political music and social commentary on vinyl. Wonder how many versions of Two Tribes you all have?

Hope to see you at one or all of the above!

The latest edition of Bradford Beat looked ahead to the new Wilful Missing album.

We’ll be playing tracks from Unsinkable Sailor  on Thursday 7 April from 9pm to 9pm.

You can listen again here 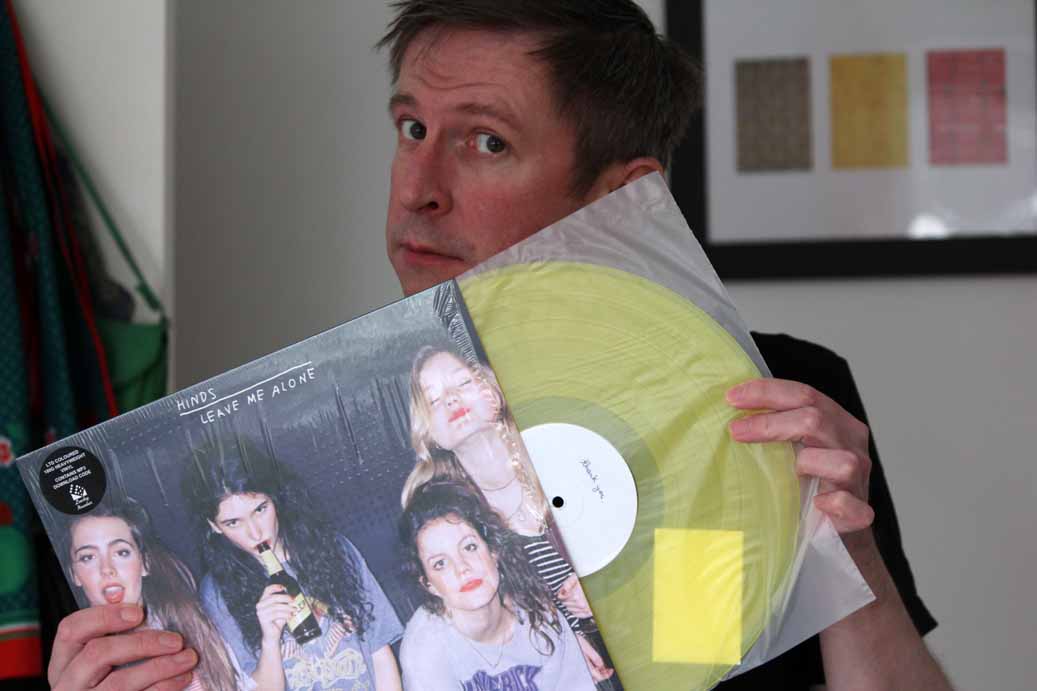 Did you get records for Christmas? We did! They are our very favourite kind of present. So this month on Buffet we play a mix of new releases and stuff we got so – as usual – it’s a spread. You can listen to the show here and here’s the track list:

And if you fancy a quick flashback to 2015 our end of year review is also up on Mixcloud. We got to see some great bands and play brilliant music last year, how very lucky we are:

Finally, our chums from The Record Club have just started broadcasting a monthly show which is worth a listen.

We’re back on Sunday 21st February – see you then!

Here’s the full list of what we played on our latest show:

You can listen again here