During my 10 years presenting Eclectic Mainline on BCB I had the pleasure of recording live (largely) acoustic sessions with some wonderful artists.  As I am giving up the programme, I wanted to re-broadcast some of my favourite session tracks before leaving. 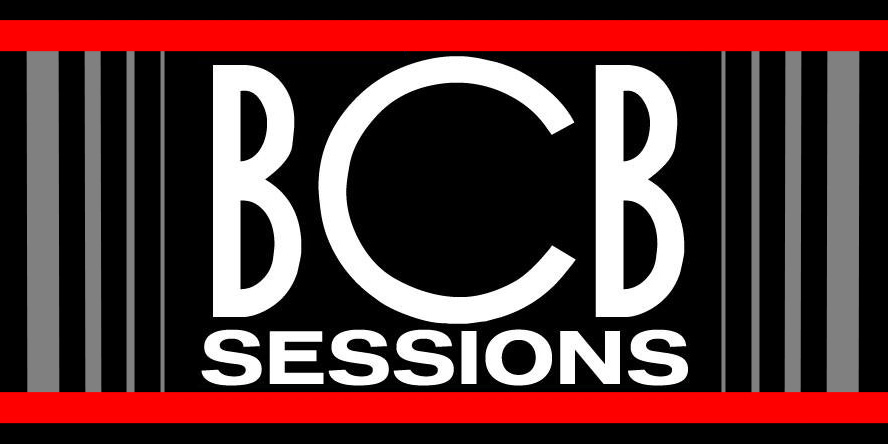 So, this week I played some (but by no means all) of my favourite session tracks. You can hear the full programme (plus a bonus track taking the show past the hour mark) on my Mixcloud page:

My method of recording a live session evolved over time until I ended up with a process that got the best out of the available resources.  The microphones at BCB are only really suited for speech broadcasting, and the studios are not equipped for multitrack recording. But I managed to work round these restrictions.  The microphones issue was easy to overcome, as I would borrow some from Wilful Missing.

I was restriced to recording in stereo, but I would hard pan the inputs, recording the lead vocal in the left channel, and all other instruments in the right channel.  This effectively created a 2-track recording that I could later mix to ensure a good level on the lead vocal.  But I needed to get a good live mix of all the instruments, and this wasn’t always easy because I was in the same room as the musicians.  I couldn’t monitor what was being recorded without also hearing the ambient noise of the musicians in the room. END_OF_DOCUMENT_TOKEN_TO_BE_REPLACED

The majority of you have probably polished off your selection boxes sometime mid-last week (leaving the Jelly Tots as a slightly crap last treat if you’re anything like me. Do they still even do Jelly Tots? Who cares, it has nothing to do with this, press on…) but for some of us a Selection Box, like a dog, is for life and not just for Christmas. Not that I have a dog. I didn’t get a choccie selection box either, but that is by the by.

My Selection Box has been a midnight feast for the past five and a half years, but as from this week any late night gorging will come to an end and will instead be taken with a post-meal coffee. In other words, and to stop talking in tortured metaphors at last, Selection Box is now set to be primetime fare as it moves to its new slot at 9pm on Wednesdays. The glamour. For those of you loathe to replace the sultry tones of BCB’s resident five tissue fantasy Laura Rawlings for that of an utter divot, Laura’s commitments with a high-fallutin’ rival broadcaster have sadly taken her time away from these shores somewhat, though her BCB Sessions show will still be a going concern once a month on a Sunday, starting on 20 January.

Here’s what I played on what turned out to be my last midnight show:

5. Kate Bush – Snowed In At Wheeler Street
from: 50 Words For Snow

6. Hasil Adkins – Santa Claus Boogie
from: Best Of The Haze

9. Paul Simon – Getting Ready For Christmas Day
from: So Beautiful Or So What

13. Neil Halstead – Home For The Season
from: This Warm December: A Brushfire Holiday Volume 2 (various artists)

15. Kill It Kid – Just Like Christmas
from: CD single

On the show (Wed 15th Feb), we’ve got more treats than your average selection box – including a very lovely acoustic session from Rachel Sermanni!

Rachel Sermanni (interview) and Breathe Easy (BCB Session) – played with Jesca Hoop at House Concerns in York. Check both out!

Those Darlins – Sirens get loose

Zulu Winter – We should be swimming

Waters – Take me out to the coast

If you’d like to come and do a session, send me a message: laura.rawlings@bcbradio.co.uk or tweet me @laurarawlings

Until next week – Wednesday night at 9pm.

p.s. if you miss the live show, listen again at www.bcbradio.co.uk

Lots of treats for you on this week’s show…starting with west Yorkshire lovelies, The Rosie Taylor Project. We’ve got a couple of session tracks from the archives with local artists. Plus something old, something new, something borrowed and something blue. See if you can figure out which is which…

Twin Shadow – Castles in the snow

Review of Big Society at City Varieties – in a nutshell, go see. Don’t hang about cus it’s only on until the 4th Feb.

Jasmine Kennedy (BCB Session archive) – Good for each other

Back next Wednesday night at 9pm on www.bcbradio.co.uk and 106.6fm in Bradford.

So, I’m getting a bid ahead of myself here for once….and have worked out what’s on the shows before you can hear them. But just imagine what it’ll be like when you tune in and know what’s coming next; it’ll be music to your ears. That’s what it’ll be!

Belle and Sebastian – Write about love

Get in touch if you’d like me to play owt for you: @laurarawlings or laura.rawlings@bcbradio.co.uk

See you next Wednesday night at 9pm www.bcbradio.co.uk or 106.6fm in Bradford / on top of a big hill nearby if you’re lucky.

Come on in – this is what’s on this week’s instalment of The BCB Sessions:

Those Darlins – Screws get loose

The Low Anthem – To the ghosts who write history books

Cloud Control – This is what I said

Get set go for another box of assorted songs. Loads of sparkly new ones plus a couple from The BCB Sessions’ archive – yes, I’ve been rummaging around and have plucked two tracks that have totally stood the test of time.

School of Seven Bells – Love from a stone (from third album, Ghoststory, out on 27th Feb – yey!)

The Peppermint Lounge (BCB archive session) – African orange (this takes me Â back to the first electronic, laptop session I produced in the studio…I remember the massive Mickey Mouse jumper one of the guys was wearing. Sadly TPL aren’t going anymore but you can still hear tunes on their facebook page – and this show 🙂

I’ll be back with you next Wednesday night from 9pm on 106.6fm and online at www.bcbradio.co.uk

If you missed the show or want to listen to any of BCB’s other fab shows go to www.bcbradio.co.uk

And finally, finally….if you’ve got music you’d like me to play then get in touch: @laurarawlings or laura.rawlings@bcbradio.co.uk

Hope happy days are here and allâ€™s good. So far, Iâ€™ve slipped down a flight of stairs and given myself a royal pain in the neck (*muted shrieking hoping no-one would notice – Iâ€™ll never make a scientologist*), nursed a cold that makes me sound like Pat Butcher (God rest her soul), cancelled my holiday (wtf?) and been stuck for hours on a broken down train while a young girl sang Abba medleys and read the bible out loud. The youth of today… Thereâ€™s more but thatâ€™ll do, this isnâ€™t an episode of Enders.

Needless to say, Iâ€™m reaching out the hand of sympathy and solidarity to those of you who are also getting all their bad luck out the way on days one, two and three…

So, hereâ€™s the show thatâ€™ll make you feel better.

Get in touch if you’ve got music you’d like me to play on the show – either tweet me @laurarawlings or email laura.rawlings@bcbradio.co.uk

And if you missed the show, listen again at www.bcbradio.co.uk

See you next Wednesday night at 9pm.

Trust your Christmas was full of the festive frolics we all know and love… for me itâ€™s a great time to catch up with new releases and listen to loads of music while zooming up/down the motorway. The result is here for your listening pleasure on The BCB Sessions and weâ€™ve got some right belters to end 2011!

Sparrow and the Workshop (BCB Session Archive) – Medal around your neck

Islands – This is not a song