For reasons far too dull and footling for even me to remember, this week’s Selection Box was recorded in Studio 4 of BCB instead of it’s regular home two doors away in Studio 2. Much like its Thunderbird of the same numeral, Studio 4 is something of a minor player in the BCB cannon compared to the all-important live broadcast hypersonic variable-sweep wing rocket plane of Studio 1, the heavy supersonic VTOL carrier lifting body aircraft that is Studio 2 and the re-usable, vertically-launched single-stage-to-orbit spacecraft we affectionately know as Studio 3. It’d be a stretch of an already tenuous metaphor to suggest it is a small utility submersible for underwater rescue, but, to flick to a barely more relevant simile, using Studio 4 instead of one of the other recording holes is like suddenly trying to use a Commodore 64 joystick to play Fifa when you’re used to the Duashock 3 controller.

In basic terms, the controls are different. In basic terms, it’s basic. Whilst to a novice the myriad of fiddly knobs, light-emitting diodes and push-me-pull-you faders may look more daunting than a desk with an abacus and a twisty crank, when you are used to the former you know how it works and, more to the point, how to correct something if it goes wrong. If you have nothing more than an on / off switch and a big red button that says, “DO NOT PRESS” on it then finding a way of piloting the vessel away from the big broadcasting black hole you’re about to get sucked into is more problematic. And thus it was that I fully expected disaster to befall the programme this week with every given push of a button or slide of a fader. Save for an odd moment a few records in, where my voice seems to appear mid-sentence for reasons I’m still not entirely clear of, I seem to have come out of my Studio 4 journey unscathed, which makes me blase for next week when I am in there again and will, therefore, no doubt end up die screaming as I plough the ruddy thing at full pelt into the hot burning sun.

Anyway, a quick bit of housekeeping is required on here before I get onto the weighty subject of the playlist, namely that the show this week began with Local Natives and you can still hear the interview I conducted with them at Leeds Festival on this ‘ere Soundcloud wotsit here. You can even download it should you be so very inclined – simply click on the arrow on the player and save it as you feel appropriate.

6. Nick Cave & The Bad Seeds – Higgs Bosun Blues
from: Push The Sky Away

10. Freaks – 80s Throwback
from: The Man Who Lived Underground

On a sunny Wednesday afternoon, at the idyllic and grandiose setting of Bramham Hall, the Lane Fox family are playing host to the Leeds Festival press conference, at this point it is hard to imagine that by the end of August they will have opened their gates (for the 9th time) to 75,000 people attending the Leeds Festival in the grounds of Bramham Park.

Fronting the press conference was event organiser Melvin Benn who brims with enthusiasm at what is about to happen and what he has already achieved with the help of a team that he so readily acknowledges.

Melvin chose to focus his attention away from the headline acts and concentrate on the up and coming bands appearing on the BBC Introducing Stage, â€œLeeds Festival is at the forefront of new music, these bands sum up what the festival is all aboutâ€ stated Melvin. 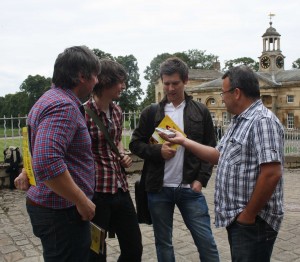 Mike Mitchell talks to the Simon Pollard Band, who you can catch on the BBC Introducing Stage.

The Introducing Stage is making itâ€™s 4th appearance at Leeds Festival which has given a strong platform in the past to bands such as Everything Everything, Florence and the Machine, Pulled Apart By Horses and Dinosaur Pile Up.

END_OF_DOCUMENT_TOKEN_TO_BE_REPLACED

…The catch-up continues, and seen as this particular show was the Leeds Festival review, which has been covered in some extensive detail here, here and here I dare say we can rush this one through fairly quickly without much guilt.

Courtesy of this lovely Soundcloud player you can listen to this show again for a limited period (probably about the length of time it would take to fashion a bust of the head of Skeletor out of mashed up walnut cake). Sadly due to copyright and such blah the show cannot be made available as a downloadable file. 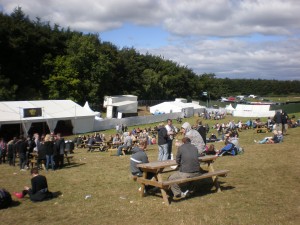 Us glamourous press types get our own enclave with its own bar and enough room to swing a cat. Oh yes.

Interview with Biz from Kassius

3. The Walkmen â€“ I’m Never Bored
from: Everyone Who Pretended To Like Me Is Gone

Interview with Dave & Jaff from The Futureheads

Is it too early to be thinking about festivals in 2011? Well, I for one am proof that no it’s not, seeing as how I bought tickets for the ATP Festival Curated by Animal Collective several weeks ago.Â  And now comes news of a pre-sale for tickets to the 2011 Reading and Leeds Festivals.Â  Read on for info from the Festival Republic press release:

END_OF_DOCUMENT_TOKEN_TO_BE_REPLACED

Finally, the review is complete.Â  And so to bed…

That wind has got up again. Â In fact, there would appear to be a tornado whipping up around my tent. Â I’m going to take off like Dorothy in the wizard of Oz. Â I wonder if I will land on a witch. Â It really is causing a racket and there’s no way that I’ll be able to get back off to sleep now with that tent flapping about. Â Oh, it’s raining now. Â Goodness, it really is raining rather hard. Â Perhaps the rhythm of the rain will lull me back to sleep… 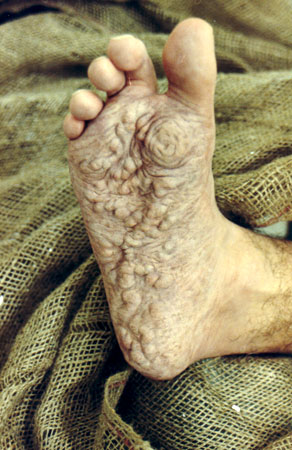 That's a map of Mordor isn't it.

No, that didn’t work. Â And anyway I need a wee. Â The weather has been very kind to us these last few days, but I suspect that I may finally have to bite the bullet and don the wellies today. Â I struggle into these and hope against hope that on this occasion I won’t be wearing them for long enough for them to stink like they did when I wore them at Glastonbury last year. Â On that occasion the smell was an odd mix of styles – imagine if you would that someone decided to make a speciality cheese out of cow poo. Â It would smell exactly the same as that.

Speaking of cleanliness, I notice on the way to the urine trough that the queue for the showers is not very long. Â I know – showers at festival. Â We get all the home comforts in the Guest Area you know. Â Sadly, there’s all of four showers serving around 400 people, so thus far I’ve not bothered because I didn’t want to miss the entire festival whilst standing in a line to have a wash. Â Hmmm, that line hasn’t moved at all. Â What to do?Â  I decide to give it a whirl and see how far the queue moves in ten minutes or so. Â After the ten minutes have elapsed I’m no nearer the shower, but I’m too stubborn to give up now I’ve started. END_OF_DOCUMENT_TOKEN_TO_BE_REPLACED

It occurs to me that I’ve not really had a proper look around the whole site, so I rectify this.Â  There’s not a great deal around other than food stands and stalls selling t-shirts with wanky slogans, although I do spot a place which sells ale as opposed to the rather flimsy Tuborg which is the only other beer available onsite.Â  Sadly, further investigation later in the day reveals the ale to be rather horrid as well. END_OF_DOCUMENT_TOKEN_TO_BE_REPLACED

END_OF_DOCUMENT_TOKEN_TO_BE_REPLACED

Next week’s Bradford Beat (Aug 19) will be focusing on this year’s Leeds Festival so expect tracks from the likes of Sunshine Underground, British Sea Power, Dizzee Rascal and Queens of the Stone Age – not to mention Arcade Fire.

Arcade Fire also feature on this week’s show (Aug 12), with two tracks from their new album The Suburbs.

There’ll be a preview of the Bingley Music Live ahead of that event which takes place from September 3-5.

Bradford Beat is on air every Thursday from 8pm – 9pm

END_OF_DOCUMENT_TOKEN_TO_BE_REPLACED 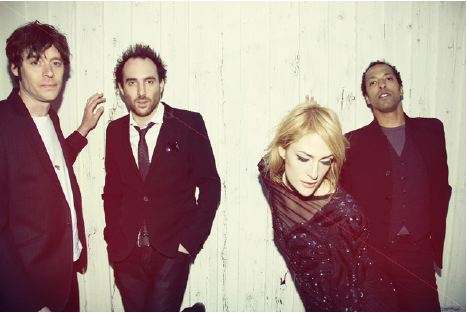 In case you missed this Saturday’s round up of the Leeds Festival on BCB I will be posting some snippets of some of our interviews on this blog. So keep your eyes peeled and ears open over the next few weeks for interviews with Fightstar, Leathal Bizzel, Funeral For A Friend and many more.Â  But for today I you can hear me catch up with Jimmy (second from left) from Canadian indie electro outfit Metric.