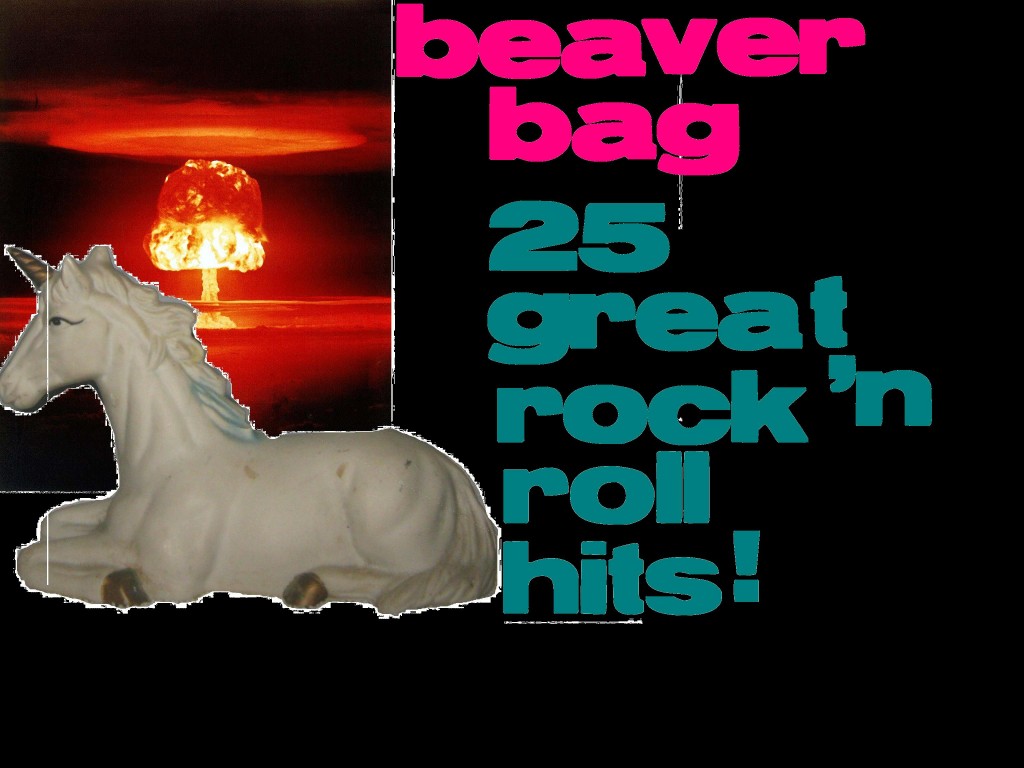 The Greatest Record Ever Made - although er.. it's not a record

“Brevity is the soul ofÂ  wit” said Uncle Bill’s PoloniusÂ  in “Hamlet”Â Â his famousÂ tale of Â cigar manufacturingÂ in the Kingdom of DenmarkÂ .

Little did he know it in 1602Â but he was summing up the appeal ofÂ  “25Â Great Rock N Roll Hits” by Beaverbag , an ensemble of whom I know nothing other than their name refers to a disgusting sexual act, apparently.

This download LPÂ contains 25 cover versions of what people who own purple satinÂ bomber jackets with “Elton Across AmericaÂ ’76″Â  emblazoned across the back Â refer to as “ClassicÂ Rock”. These are rendered in bursts of betwwen 7 and 10 seconds inÂ bowel shaking grunts with little regard to the orginals and by this token, massively improve upon them.

I mean , who really wants to devote 8 plus minutes of their lives to listening to Ray Manzarek’s interminable tinking on The Doors’ “Riders On The Storm” when the ‘Bag (as I have elected to call them)Â Â get the whole thing over in seconds thus leaving valuble time for more noble pursuits such as eating fig rolls , watching “Celebrity Juice” and scratching?

Similarly, priapic Percy Plant’s waffling on about bussles and hedgerows isÂ condensed into a swiftÂ “UUUUUURRGH” on “Stairway to Heaven” and we are sparedÂ entirely Jimmy Page cocking about with his stupid double headed guitar.

Four tracks from this masterpiece were included in this week’s programme alongside four live tunes from Portland Oregon’s Decemberists.Â  The Beaverbag album can be downloaded here: http://www.mediafire.com/?3dfckzglz36kkyp