I had intended to knock something up about the Barclaycard Mercury Music Prize before I went on holiday, and therefore also before this year’s winner was announced.

You only have my word for it, therefore, that Speech Debelle was my tip for the prize. In fact, I think I have now correctly guessed the Mercury Prize winner for the past four years. Sadly, I’ve never even set foot inside a bookmaker’s, so my Nostradamusesque capabilities in this matter have sadly not led to a bulging wallet.

It’s a strange old beast, the Mercury. When Antony & The Johnsons won the prize in 2005 for the modern masterpiece I Am A Bird Now, the eponymous lead singer Antony Hegarty claimed that the award was “kind of like a crazy contest between an orange and a spaceship and a potted plant and a spoon – which one do you like better?” I suspect it this nonsensical eclecticism which determines that I should always be quite so interested in the result.

Yours truly is actually of the opinion that for the third year a in a row, the best British album of the year is actually missing from the list. Belle & Sebastian‘s The Life Pursuit in 2007 would have been my own choice, though I can see how it perhaps may not have knocked the socks off the panel in the same way as perhaps other records might have that year. However, I’m a little perplexed as to how 2008’s shortlist could have ignored Portishead’s frankly extraordinary Third, and this year’s best album is, for my money, PJ Harvey & John Parish‘s outrageously good A Woman A Man Walked By.

But what of this year’s winner, Speech Debelle? A glance down the playlist for Selection Box shows this year will reveal that I’ve been a huge advocate of her material since I first heard the debut single Searching back in early Spring. It was quite clear immediately that this was an artist looking to come at hip hop with a fresh approach, and one that perhaps lent itself to more organically melodic sensibilities than yer average shouting-over-a-record-merchant.

It appears that the increasingly reactionary readership of the NME’s reaction to the success of Speech Debelle has been one of largely, “who?”, with some even going to the fantastically offensive lengths of suggesting that she has only won because she is black.

I can only boldly suggest that those who make these claims haven’t heard the album. With the omission of the Harvey / Parish album from the list, Speech Therapy was not only my tip for the prize, but also the record I felt most deserving (although, I can’t claim to have heard all of the nominees, I must confess). 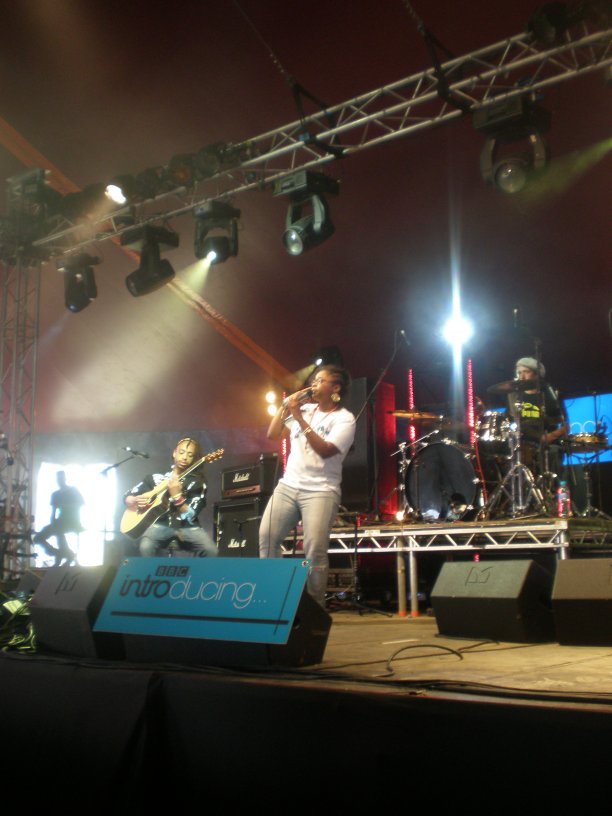 I was lucky enough to catch Speech Debelle live at Glastonbury this year. Myself and Mrs Selection Box amounted to about 10% of the audience at the set. Also there was Tom Robinson who was enjoying himself enormously, and about 15 or so other people. That was it. It seemed like a bit of a privilege at the time to be there, with this success I dare say my fondness for the memory of that 35 minutes in a warm tent in June will only grow.

Speech Debelle is on tour in the UK this month: