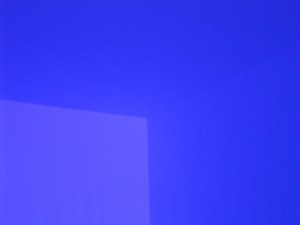 Regular listeners may have found last weekâ€™s Blowin familiar, and at odds with the playlist we sent out.

Some, ahem.. confusion caused a glitch in the system. Human error.. an all that…

Â Just to confuse you further, this weekâ€™s broadcast programme is the one playlisted last week. Both playlists below.

Â Ken Kesey on Neal Cassady:
“Iâ€™ve tried to distill his teachings as best I can. The most important lesson is also the most ironic: most of what is important cannot be taught except by experience. His most powerful lesson behind the rap was not to dwell on mistakes. He used the metaphor of driving. He believed that you got into trouble by overcorrecting. A certain sloth, he thought, lets you veer into a ditch on the right side of the road. Then you overcorrect and hit a car to your left. Cassady believed you had to be correcting every instant. The longer you let things go, the longer you stayed comfortable, the more likely the case that you would have to overcorrect. Then you would have created a big error. The virtue of continual, engaged experienceâ€”an endless and relentless argument with the selfâ€”that was his lesson.”Â

Interviewer: “Could you tell me about the passage in White Noise in which Jack listens to his daughter Steffie talking in her sleep, and she is repeating the words Toyota Celica?”

Delillo: “Thereâ€™s something nearly mystical about certain words and phrases that float through our lives. Itâ€™s computer mysticism. Words that are computer generated to be used on products that might be sold anywhere from Japan to Denmarkâ€”words devised to be pronounceable in a hundred languages. And when you detach one of these words from the product it was designed to serve, the word acquires a chantlike quality. Years ago somebody decidedâ€”I donâ€™t know how this conclusion was reachedâ€”that the most beautiful phrase in the English language was cellar door. If you concentrate on the sound, if you disassociate the words from the object they denote, and if you say the words over and over, they become a sort of higher Esperanto. This is how Toyota Celica began its life. It was pure chant at the beginning. Then they had to find an object to accommodate the words.”

Â Gregory was what we called him, not needing a second name for recognition.

Over the next weeks weâ€™ll be playing lots of tunes from his classic period, before drugs eroded his voice and talent. He was never going to reach an audience like Bob Marley did, but his tunes were accessible enough to reach a much wider world, had it not been for the racist music media and record companies. Anyroad, if you felt it, you know it.

Meanwhile I thought we might take a look at the word â€˜coolâ€™.

I spoke to a high-profile legal person on the phone last week, and he signed off with â€˜coolâ€™. The wordâ€™s use has gradually been increasing in recent years, but I find most of it almost shockingly casual. Uncool, if you like.

Â WkipediaÂ has a nice piece about the variety of usage, and how it has changed: â€œThere is no single concept of cool. One of the essential characteristics of cool is its mutabilityâ€”what is considered cool changes over time and varies among cultures and generations.â€

Â I donâ€™t know why Iâ€™m so wound up by the current casual usage. Many other words have crept out of hip jargon and made it to popular speech. Perhaps the following might go some way to explain the feeling of blasphemy I get when someone drops it into conversation:

â€Cool was once an attitude fostered by rebels and underdogs, such as slaves, prisoners, bikers and political dissents, etc, for whom open rebellion invited punishment, so it hid defiance behind a wall of ironic detachment, distancing itself from the source of authority rather than directly confronting it.”

My favourite photos of hers are those of the Calder Valley that accompany Ted Hughes’ poems in the bookÂ Remains of Elmet.

Â Her photos of Bradford: www.faygodwin.com/landmarks/im12/index.html

(Not sure about the framing of the photos at the NMM).