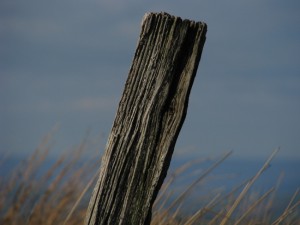 Here again is that short film that I linked last week.

Baloji isthe tall one and Royce Mbumba the one with the golden voice – more info on Royce please!

We don’t have the new album from Cornershop, but you can listen to it online – Cornershop & the Double â€˜Oâ€™ Groove Of, as well as Tjinder speaking about the album â€“ please pass on the link: www.cornershop.com/2011/03/cornershop-and-the-double-o-groove-of%E2%80%99-full-album-stream

The new Low album, titled C’mon, can be heard for free at www.guardian.co.uk/music/musicblog/2011/apr/01/low-cmon-album-stream?&

“Hi Rob. Me and Claire wrote some stories last night. Thought you might like to hear them.”

“Oh. La la la!” The snail was tired of singing so he stopped.

“Carry on darling”, called his wife. She really loved his singing, especially on sunny days like today. The snail did not carry on, but instead walked ahead of her, pretending that she was not with him. His wife realised this, got a little bit upset, composed herself and walked the other way. If he was going to be this rude so regularly she would stop loving him for her own sake. The snail was so proud. Way too proud for his own good. For anyone’s good for that matter. I don’t know where it came from, all of this proudness but it was there, and it was hard to ignore.

The snail carried on on his trail and didn’t look back. Soon he came to the large stones at the end of the road and saw Winkie, the cat.

“Well man, not everyone is purrrrrfect.”

“What are these stones here?” Asked the man.

“These are my eggs, I’m just waiting for my little beauties to hatch so I can show them the world.”

Now, that was a good idea wouldn’t we all agree? She knew it was the best way to bring offspring into the world (to be there when they first arrived) and so she waited.

Meanwhile the snail was getting bored so he trooped on. His toenails were scraping on the ground which was quite painful so he headed for the Post Office. Surely he could buy some clippers from there.

To his surprise there was a wide range of toenail clippers. When he went to the lady behind the window to purchase them she asked, “Would you like me to clip your nails for you?”

“Why yes, that would be wonderful madam.”

So he pushed his hands through the little hole in the glass window, and she chopped away. They stayed all day like this, just talking about how much they loved nails. In fact, they spent the rest of their lives in that Post Office together.