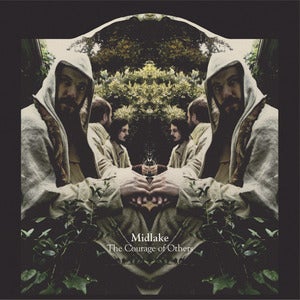 For the very first time, my show has a podcast this week. If you heard the show you will have heard me talking to Eric Pulido of Midlake. What you will have heard is the abridged version of the interview, but the full thing is available for you here now, at the bottom of this blog entry.

Midlake have also backed John Grant on his debut solo album (he used to be the singer in The Czars). A funny thing happened the other day while I was listening to his album, Queen Of Denmark, for the first time. I was reading the brochure for the 16th Bradford International Film Festival while listening. Just as I was reading about Alien being on as part of Widescreen Weekend, John Grant was singing “I feel just like Sigourney Weaver, when she had to kill those aliens“. Spooksville..!

Another thing I would like to draw your attention to is Sisterworld, the new album by Liars. There is a rather marvellous 2CD version of the album, containing the regular album, plus a 2nd disc of remixes and re-interpretations by other artists. If you were listening last week, you will have heard me play a couple of tunes from it, one from each disc. I played another couple tonight too.

And as promised at the top…

Here is the podcast for the Midlake interview: