Admittedly the closure of The Love Apple in Bradford isn’t the saddest news I’ve been greated with in the past couple of days. I wish it was, however, and that the shootings in Cumbria hadn’t happened.Â  However, I’m totally shocked and gutted that The Love Apple had to close, and this is a sad result of what has happened to Bradford in the past few years.Â  About 5 years ago the place (both Bradford and The Love Apple) was buzzing (quite literally after The Twilight Sad and Frightened Rabbit‘s loud gig there!)Â  and there was a real vibe around the place.Â  Now…well, how things have changed.Â  The Bradford Playhouse is showing promising signs, but if a nice independent bar like The Love Apple can’t make ends meet, well, we’ve got problems.Â  Other highlights that I’ve seen there include Jeffrey Lewis (at which I was very proud to be part of the support with Wilful Missing), Dufus and The Wave Pictures (a great, yet poorly attended gig, again at which Wilful Missing were lucky enough to be asked to support).Â  I was also at the Jeremy Warmsley gig at which one Laura Groves made her first appearance, many a moon before blossoming into Blue Roses.Â  So, thanks must go to Pav and co for giving us The Love Apple, and I wish him and his staff the best of luck for whatever they do next.

Here’s what I played in my show tonight:

END_OF_DOCUMENT_TOKEN_TO_BE_REPLACED

Starts off pretty heavy tonight, but I go a bit chillaxed on you towards the endâ€¦. some beauties tonight, listen loud!

Blowin can now be heard online or downloaded at blowin.podomatic.com
Listen LIVE on Sunday evening – www.bcbradio.co.uk/bcb.m3u 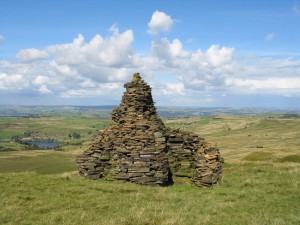 Johnny Clarke is playing the West Indian Centre, Leeds, Saturday June 5, with Iration Steppas and others – from 10pm.

END_OF_DOCUMENT_TOKEN_TO_BE_REPLACED

…and tonight I got one as, the esteemed Dean of The Open Mind University joined us to play some tunes and read some poems. Ivor Cutler once called him a “a very rude young man” and Ted Chippington slept on his sofa you know. That, I have no hesitation in saying, impresses the shit out of me.

Tonight on BCB we had a special guest in one Darren Hayman. He came into BCB with his band before their gig at Theatre in the Mill on 1st May.

We shared the session between two of this evening’s shows. If you were listening to Too Much Too Young at 6:30pm with Patrick and Keiron, you will have had the delight of hearing Darren Hayman’s BCB session version of “Room To Grow”. I then featured two more tunes by Darren and his band in my show Eclectic Mainline at 8pm:

END_OF_DOCUMENT_TOKEN_TO_BE_REPLACED

Last week’s tracks all came from 1987 for reasons that are too dull to go into here. This is a fairly accurate representation of what my bedroom sounded like when I was 16. You don’t want to know what it smelled like.

Blowin can now be heard online or downloaded at blowin.podomatic.com
Listen LIVE on Sunday evening – www.bcbradio.co.uk/bcb.m3u 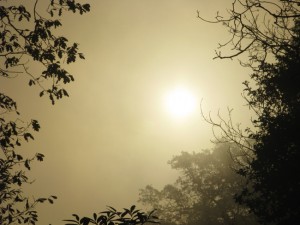 END_OF_DOCUMENT_TOKEN_TO_BE_REPLACED

Hello, hello. Here’s what we played on our radio show.

Hope you enjoyed if you got to hear, and if you didn’t it’s possibly repeated on Monday morning at 10am.