No Joel again this week, so we managed to sneak another track of Neil Young on to the show. As well as that we discussed No Hands this Friday at the Playhouse, and Loads of Music this Saturday, also at the Playhouse.

Other tracks were from The Family Elan, Bilge Pump, Uprights, Beach House and Shield Your Eyes.

I refer, of course, to 3 which De La Soul dictated was a digit imbued with Harry Potteresque mysticism, rather than the pluralised version of the phrase which gives the bandÂ The Magic Numbers their moniker.Â  I’ve never been particularly enamoured with the latter – though I bare them no malice – so I cannot imagine they’ll be featuring heavily on Selection Box any time soon. 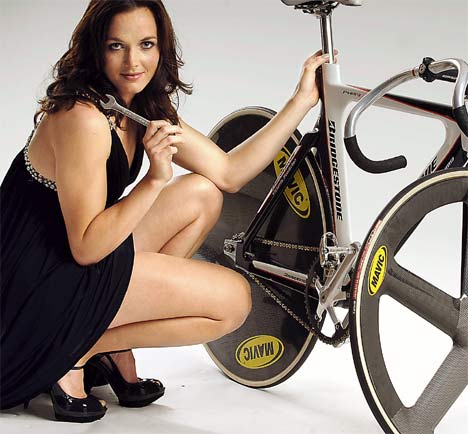 I can’t pretend that I am especially partial to the number 3 either, though if Victoria PendletonÂ expressed an interest in making that the number which share my marital bed for non-sleeping purposes, I’d be sure to ask my wife for her considered opinion on the matter.Â  Then do a spot of undignified pleading, obviously.Â  However, the number 3 is set to be something of a focus on the show over the next few weeks, like some sort of demented version of Sesame Street (because obviously Sesame Streetis renowned for its no-nonsense straight laced stiff upper lip lack of tomfoolery), as in a few weeks’ time Selection Boxwill be celebrating its third birthday.Â  Will you see a sea-change in accordance with the advance in age – no longer for us the tantrums of the terrible twos, from now on operating with a new-found pre-school application and shitted pants will become an ever-increasing rarity?Â  Nah, I’ll probably peddle the same old pelt punctuated by great records if truth be told, but let us celebrate the calendarial momentum all the same. END_OF_DOCUMENT_TOKEN_TO_BE_REPLACED

Here’s what I played on Wednesday’s show (3rd March):

We had a special acoustic session fromÂ Lawrence Arabia, recorded here at BCB by Albert Freeman (thanks Alb).

And if you’re reading this before 7th March – take a punt on our competition…it could be YOU!

Answers to: studio@bcbradio.co.uk with Beach House competition in the subject line.

So, tonight we launched our revised schedule by having a Beach House interview split between my show and Too Much Too Young, and also a Lawrence Arabia session in Laura’s.

Beach House have commissioned videos for every song on the new album Teen Dream, as you may have heard in tonight’s interview. The above video, for Silver Soul was actually directed by Victoria Legrand herself.

Here’s what I played in the show:
END_OF_DOCUMENT_TOKEN_TO_BE_REPLACED

The era of the half past five show has ended, but a new one is about to begin; namely that of the 6.30 show.

Next Week (3rd of March) we are launching with an exciting interview with Beach House (which we are sharing with Albert Freeman’s Eclectic Mainline). And the week after we have one all to ourselves with Chris Keating from Yeasayer.

But before all that, in the last show at our current time we had a typical selection of new tunes from the likes of Strange Boys and Hot Chip.

Singing the News was about The President of America (Barack Obama) meeting an exiled Tibetan spiritual leader (the Dalai Lama).

So Yeah, See you at half six next Wednesday!

Well now, the new Beach House album is out next week, so I went a bit Beach House loopy this week, and played 2 songs from Teen Dream in last night’s show…