Now then! If you tuned in to Buffet – we thank you. Or if you want to listen, the link is here.

We dedicated a whole show to cover versions – often they are crap, but ours range from the bonkers to the sublime. This is what we played:

Now then! We chucked in a few film-themed tunes this month to tie in with Bradford International Film Festival (you may have spotted a few BCB DJs at BIFF By Night, too). If you want to hear the show you can listen againÂ here

And this is what we played!

We at Team Buffet are not happy. And tonight we had a little moan about Dave and George and their savage spending cuts. We also played the most bizarre selection of Christmas music you may ever hear, peppered with top pop and punk tunes.

My highlight was a track chosen by Emma Bob 3 â€“ Charles Spearinâ€™s â€˜Mrs Morris (Reprise)â€™ which forms part of The Happiness Project. He takes his neighbourâ€™s words about love, turns them into music, then adds her voice back in. Itâ€™s beautiful. 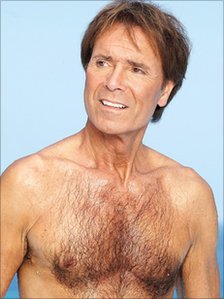 Hereâ€™s what we played:

END_OF_DOCUMENT_TOKEN_TO_BE_REPLACED

Frank was even one of my few MySpace friends.

We’ll be paying tribute to Chris and playing plenty of Frank tracks on this week’s show, which goes out from 8pm to 9pm on Thursday, 24 June.

There’ll also be the 2nd Round of our Music World Cup.