I’ll cut to the chase (as I need to get outta here) and show you 3 songs that were in tonight’s show. Â Firstly, the gorgeously simple ‘Tallulah’ by Allo Darlin’:
Tallulah by Slumberland Records

And finally, the swarming ‘Locusts’ by Tunabunny:

If you are inclined to listen back to the full show, you’ll find it over here.

Here’s a full list of tunes featured in the show:

I was feeling rather glum first thing this morning, after breaking my Manic Street Preachers mug. Â I’m sure Nicky Wire would just tell me to stop feeling so attached to material objects…while counting his money.

Had I broken it one day later, I would have had the mug for precisely 15 years. Â I’m not sad enough to have known this, I might add. Â I just looked up the date they played at the Nynex Arena in Manchester in 1997.

So, my Manic Street Preachers mug lasted quite a long time, and some things do indeed last a long time. Â What a gorgeous Daniel Johnston cover version FÃ¼xa and Britta Phillips have made.Â  So gorgeous in fact that I have now played all 8 minutes of it twice in Eclectic Mainline this month.

If you wish to listen back to tonight’s show, you’ll find it here. Â And if you want every song to be a surprise, don’t read the playlist below: END_OF_DOCUMENT_TOKEN_TO_BE_REPLACED

I’m really rather excited by the imminence of a new album by Liars.Â  They’re amazing live, so you should go and see them if you get chance this year.Â  Here’s the new single, as played in tonight’s show:

If you’re in Leeds tomorrow night, you should get yourself along to Gary Stewart’s new EP launch at the Brudenel Social Club.Â  Here’s ‘Blue’ the song I played tonight:

If you’re keen enough to listen again, or even for the first time, to tonight’s show, you will magically find an opportunity to do so here.Â  And I don’t want to spoil the surprise, but this is what you would hear:

Here’s the exquisitely sad video to the brilliant Low tune I played tonight, taken from their marvellous new album, C’mon.

Before my list of tonight’s tunes, an adendum.Â  I seem to have neglected to mention in my playlist of 2 weeks ago that I played something by Mark McGuire.Â  Do I go back and edit said playlist or mention it today?Â  I’ll do the latter.Â  I played “Slipstreams” by him 2 weeks ago, and another tune from the same album tonight.Â  Here’s the *full* list of tonight’s tunes: END_OF_DOCUMENT_TOKEN_TO_BE_REPLACED 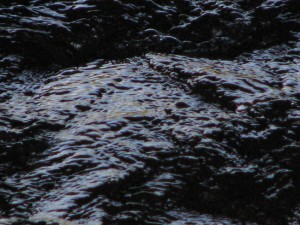 We were talking about what we did on the last royal parasite wedding day, in 1981. I vaguely remembered the pubs being open all day, an extraordinary event then. We trotted round Manningham via a series of pints in pubs that no longer exist or have become sari shops or halal butchers. Elsewhere, Jon was twitting around on his mateâ€™s motorbike and Chris was in Sudan blissfully unaware.

Ben had a different tale:

“The Wednesday of 29 July 1981 is etched on my memory because it was the night my brother and sister were arrested for civil disobedience during the notorious South African Springbok Rugby Tour of New Zealand.

A group of students, including my brother and sister, broke into the New Zealand Rugby Football Union’s Wellington HQ and tossed the upcoming Wellington Test tickets out the window before barricading themselves in. They were then arrested.

Meanwhile on the streets of the capital riot police were unleashed on non-violent protestors attempting to march on Parliament, which was debating the already divisive SA tour. After pushing the police lines back the â€˜Redâ€™ and â€˜Blueâ€™ riot squads were set on the unarmed and peaceful demonstrators. They proceeded to indiscriminately smash the front few rows of the march in the head with their new PR24 US batons*.

Men, women, children were beaten. Blood on the street. Nice. I was on the edge of the demo that night, but it was too heavy for me so I went home for my tea. I was 16 years old.

Oh yes, the wedding was on TV, at about 11pm NZ time, but after I took the call from the Central Police Station saying my siblings had been arrested we weren’t paying much attention. To this day Iâ€™m afraid I so dislike the Afrikaans/Boers. It’s an irrational racist part of me.

After 29 July â€œthe Tourâ€ (as it was known) got really nasty. Attempts to disrupt the games were met with a solid line of police brutality and barbed wire. We used to spend our Saturdays playing cat and mouse with the police, practicing mass disobedience by blocking motorways and roads in advance of the 2nd Test.

END_OF_DOCUMENT_TOKEN_TO_BE_REPLACED

I had a few favourites in tonight’s show, and here’s the video for one of them, the new single by The Raveonettes:

If you want to hear the show again, or missed it, you can do so for a few weeks on the BCB Listen Again site.

And here’s a list of all the tunes I played tonight:

END_OF_DOCUMENT_TOKEN_TO_BE_REPLACED

Surprisingly, I have failed to find a video for a single tune from tonight’s programme.Â  The closest I have managed to get is the other side of the AA single I played by Two Wounded Birds.Â  Enjoy:

And here is the full list of tonight’s tunes:

END_OF_DOCUMENT_TOKEN_TO_BE_REPLACED

Happy birthday to my grandma.Â  88 today.

Here’s the video to the new Darren Hayman single, that both myself and Laura have played in recent weeks

The Winter Makes You Want Me More from Darren Hayman on Vimeo.

And here’s a list of the tunes I played tonight: END_OF_DOCUMENT_TOKEN_TO_BE_REPLACED

‘You thrice’
The Fall – Bill is Dead

END_OF_DOCUMENT_TOKEN_TO_BE_REPLACED

Mississippi Fred McDowell – Goin Down to the River