Welcome to BCB: Hassan and Ash 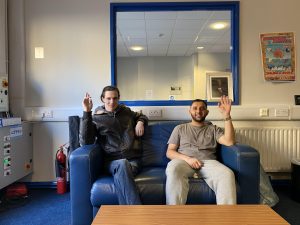 Some of you may have noticed a few new faces around BCB, specifically towards the back end of the office. These new faces are Hassan and Ash who will be working with us for the next six months as part of a Kickstarter employment scheme. Hassan will be working as a Community Reporter and Ash will be working as Broadcast Support. It’s great to have them on board at BCB and we’re really excited to work with them. Be sure to make them feel welcome and say hello! 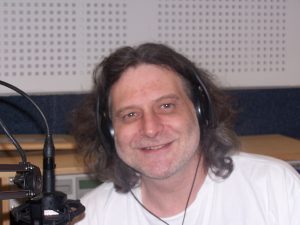 As many of you know, John Gill was our Community Radio Development Worker and regular presenter of Drive, About Bradford and Mixed Bag on BCB. John sadly died a few weeks ago on 6 December. We held a small memorial service for him in January. We are now planning a celebration event on the 20th February. Everyone is very welcome to come along to the event at The Castle, 20 Grattan Road BD1 2LU – Sun 20 Feb 3pm. There will be live music, food etc.

This would have been John’s 64th birthday – hence the ‘When I’m 64’ theme. We are hoping to gather together 64 memories, stories, facts, photos, anecdotes, items of interest etc. about John to share with each other at the event. If you have anything at all that you could contribute to this, please do let Mary Dowson know. Mary.dowson@bcbradio.co.uk 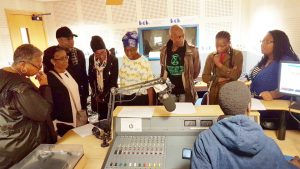 BLACK IN BRADFORD is back!! Originally broadcast through Black History Month over the past couple of years, BIB aims to seek out stories highlighting, predominantly, the Black community within the District.

Returning on Thursday 10th February 11-12pm, on a monthly basis, and presented by Kath Canoville, BIB promises hard-hitting and positive themes affecting (directly) the Black Community. If you want to be featured on the programme please email hello@bcbradio.co.uk or call us on 01274 771677. 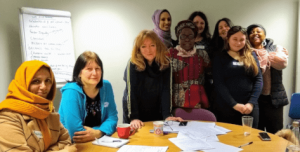 On Tuesday March 8th, in celebration of International Women’s Day, BCB will once again be broadcasting a full day of women’s broadcasting. We are starting to plan programmes for the day that we hope will be as diverse as we can make it and include as many local women as we can possibly squeeze in! We would love you to be involved. If you have any ideas for what you might do, any contributions you could make and ideas for programmes, please do get in touch with Mary or Shamim. Mary.dowson@bcbradio.co.uk; Shamim.akhtar@bcbradio.co.uk 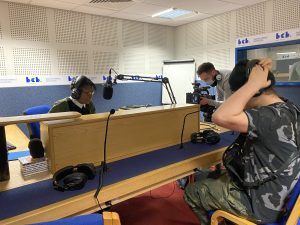 “YORKSHIRE ON CALL” is the working title of a series of programmes focusing on Yorkshire by Dragonfly TV for BBC2. Our Youth Music participant, Asher Titre, spent a morning, here at the BCB studios, being filmed by the TV crew, interviewed by BCB’s Kath Canoville, who is also Asher’s Mentor.

The crew asked Asher a variety of questions about growing up and living in Bradford, focussing on his music development and future plans.

The series will be broadcast in the Spring…..watch this space!

Local Track of the Week 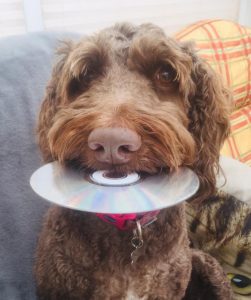 Do you have a favourite local band / artist? Who do you think should be BCB’s Local Track of the Week?

Here at BCB we are passionate about showcasing local talent from across the Bradford district! Every week from February we will feature a local band or artist on Bradford and Beyond to give people a taste of what fantastic music the city has to offer!

If you have any ideas on who we should feature please contact Jo Kenyon on hello@bcbradio.co.uk

Throughout February, BCB will be celebrating LGBTQ+ History Month. We’ll be broadcasting regular programmes, interviews and features focusing on Bradford’s LGBTQ+ community. Programmes include The Equity Show, One to One, In Conversation with Jack Lopez and regular features on Bradford and Beyond. Check the on-line schedule for more details. 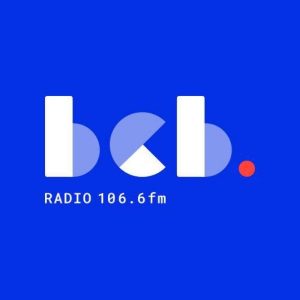 We’re looking at ways in which we can develop news stories that affect Bradford, broadcasting features on existing programmes, as well as producing specific programmes on an ongoing basis throughout the year – which we’re calling “Unbreaking News”.

Some of the “Unbreaking News” issues we’ve started talking about are climate change, education and young people, health, housing, the economy and the future of Bradford city centre.

Our new Broadcast Support worker Ashleigh Stiles is interested in developing and producing our “Unbreaking News” features alongside our presenters.

If you’re interested in being involved in “Unbreaking News”, please email her at: ashleigh.stiles@bcbradio.co.uk

We’re planning to arrange a group meeting via zoom, as well as inviting presenters to discuss your “Unbreaking News” ideas throughout February. 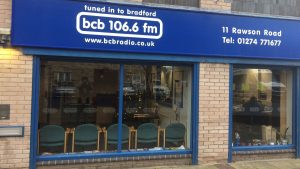 This Thursday (3rd Feb) 12-2pm we’re inviting volunteers in for a hot drink and a chat. This will be a great chance to catch up with some BCB’ers you’ve not seen for awhile as well as being a great excuse (as if you needed one) to come down to Rawson Road. It’ll be lovely to see you! 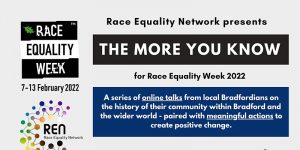 Next week (7-13th Feb) is Race Equality week and the Race Equality Network is hosting a a series of online talks. These talks will feature Bradfordians looking at the history of their communities within the city and, in line with this year’s theme ‘ActionNotJustWords’, each talk will have an ‘action’ at the end of it, promoting cohesion, support, education and equality. You can find the full programme here

BCB will be broadcasting each event on the day after they’ve happened. Keep an eye on BCB’s online schedule for the times and dates of those! 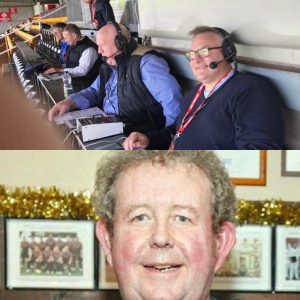 We were sad to learn of the deaths of two of BCB’s sports team in February:

Our Bradford Bulls matchday co-commentator Pete Dutton died on 7th January aged 55. As well as commentating on the Bulls for BCB, Pete was also the matchday commentator for Featherstone Rovers over recent seasons and also a contributor on our Sports Scene, Drive and Round Table programmes. A keen sports fan, Pete supported Leeds United (for his sins) and was a keen boxing fan as well. Pete spent most of his time with BCB bombing along the M62 alongside co-commentator Mark Hobson, to and from rugby league grounds at both sides of the Pennines. He created his Twitter handle @PitchsidePete, to make sure he could always get closer to the action than anyone else!

Pete’s funeral will be at Dewsbury moor crematorium on the 7th February at 1:45pm.
Our thoughts are with wife Dana, children Hollie, Bethany and Kosta, the rest of his family and friends.

David Ratcliffe who co-presented The Bradford Premier Cricket League and Boundary Banter cricket programmes on BCB also died in January, aged 71. David was also the long-serving secretary and treasurer of the Bradford Premier League Umpires Association. Our thoughts are with his widow Linda, family and friends. 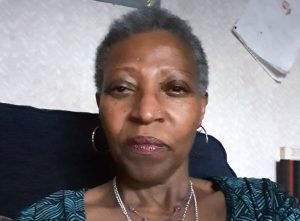 Each month we shine the spotlight on a gem from BCB’s schedule. This week we’re telling you about Angie’s C’s Musical Adventure

Angie C’s Musical Adventure is brought to you by Angie Carrington (fun fact: she’s also part of the Radio Venus team here on BCB as well) and goes out every fourth Saturday 5-6pm.

The show is so called because she never knows what she is going to play until she gets there. Angie plays a varied set of tunes that she has come across throughout the course of her life